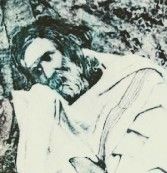 INTRODUCTION
Sri Odukathur Swamigal(19th century) was born in a pious Naidu’s family in the North Arcot District. He was born after performing many pujas and observing fasts by his parents. His birth name was Seshiah.
Seshiah, even at his childhood, showed no interest in worldly matters, and concentrated his attention on doing Shiva Puja and performing meditation. At his younger age itself, he left his home in search of spirituality and wandered throughout South India.
He visited many holy temples and worshipped the deities and finally settled at Odukathur, a village in Vellore. And due to that he was called as Odukathur Swamigal. He observed silence and frequently meditates on the god. His name and fame was spread and lot of people visited him in order to get relieved from their problems. He used to be in a deep Samadhi state for many days at his ashram and rarely consumes food.
He has rescued the people from their death beds, and made them to freely walk. He attained Mahasamadhi in Ulsoor, bangalore in the year 1915. Even now large number of devotees are coming to his Samadhi Shrine and worshipping him, and getting great blessings from him.
Let us worship the holy saint and be blessed.
“OM SRI ODUKATHUR SWAMIGALE NAMAHA”
“OM NAMAH SHIVAYA”
“OM DEVI PARAMESWARIYE NAMAHA”
WRITTEN BY
R.HARISHANKAR