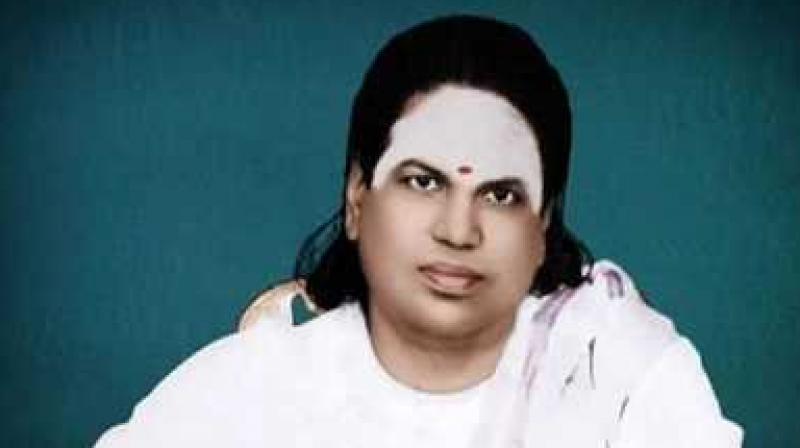 Muthuramalinga Thevar (1908 –1963), who was also known as Pasumpon Muthuramalinga Thevar, was a popular personality among the Tamil people, and he is worshipped as a Holy saint by the people belonged to Thevar community. He was one among the noble persons who lived in the 20th century and done lot of good activities throughout in his life time.

He also read Hindu holy texts from his teenage itself, and concentrated his attention on spirituality along with politics. He used to apply the sacred ash on his forehead, and used to frequently visit the Hindu temples, and worship the deities.

Muthuramalingam Thevar was born in the year 1908, at Pasumpon, Ramnad District                           Tamil Nadu. After finishing his education, he participated in politics. He was the friend of Sri Subhash Chandra Bose and worked with him in his political party, The All India Forward Bloc.

Thevar had done many social welfare services, like providing free food to the poor people, giving financial aid in the marriage of poor girls etc. He was against caste discrimination and helped the Dalit people to enter and worship in the Hindu temples. He was an ardent devotee of Lord Shiva and Mata Parvati, and he used to frequently visit and worship Madurai Meenakshi AmmanTemple.

Thevar died in the year 1963 at Madurai.

After his death, several state and central honours had been given to Thevar. In the year 1968, a college was founded in Usilampatti, and it is named as “Pasumpon Muthuramalinga Thevar College”. His life history was included in school textbooks in Tamil Nadu. In the year 2002, a big statue of Thevar was installed in the Parliament House.

Till today, Thevar is given much respect by the Tamil people, and his birthday celebrations (Thevar Jayanthi) would be performed in a grand manner. He is remembered for ever by the people of Tamil Nadu, due to his tireless service to the almighty and to the mankind. He opposed caste conversion, and insisted the Hindu people not to change their religion, and made them to concentrate their attention in worshipping Lord Shiva.

Let us worship the great person and be blessed.