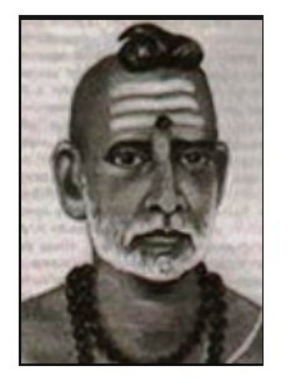 During the 16th century AD, Muralidara Swamigal was born in a village at Guruvayur, and he was an ardent devotee of Lord Guruvayurappan. He used to chant the 1000 names of Lord Krishna regularly, and then only he used to have his morning food. But however, due to his past birth karma, once he suffered from severe throat pain, and even after taking Ayurveda medicines, his ailment was not cured. Due to that, he found it very difficult to eat the food, and he sincerely prayed to Lord Guruvayurappan, in order to get rid from his ailment.

Due to his sincere prayers, Lord Guruvayurappan had appeared in his dream, and asked him to provide food for at least, a single Brahmin in a day. As per the advice of the Lord, Muralidara Swamigal had willfully invited the guests to his home, and provided wholesome meals to them. Due to his noble activity, he had got relieved from his throat pain, and he was able to eat properly. Muralidara Swamigal thanked lot of times to Guruvayurappan, and he had donated a nice lamp to the Guruvayur Temple as a thanks giving act, and also regularly donated oil for lighting the temple lamp.

Pleased by his selfless service, Lord Guruvayurappan had given his darshan to him, in the form of a small boy and also played with him for some time. In course of time, Muralidara Swamigal began to travel throughout Guruvayur, to spread the bhakti of Lord Krishna among the people. He used to compose poems on Guruvayurappan and sung in the Guruvayur Temple. With his honey filled songs, both the Lord and the devotees were satisfied, and the devotees treated him with much respect, and also provided all sorts of facilities to him.