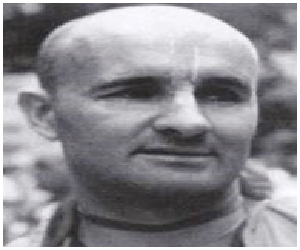 Jayananda Dasa was a famous saint in the ISKCON movement, and his spiritual guru is Sri Prabhupada, who has considered him as his best disciple. His birth name was Jim Kohr and he was born in USA, and he is an engineering graduate.  After meeting his Guru Srila Prabhupada in America, Jayananda helped him to found an ISKCON centre in San Francisco in the year 1967 and he served as the president of the temple. He also happily participated in the ISKCON Ratha Yatra festival, at San Francisco.

When Prabhupada met his disciple for the first time, he tells, “I am very much impressed with this young chap. Divinity prevails in his eyes. He looks very young and energetic. I preferred him to be my best successor, and I have executed some of my important duties to him now itself, in order to make him to become a big spiritual personality in the future”. Similar to his guru Prabhupada, various other saints in the ISKCON centre also praises him for his good qualities and for his activeness. Apart from participating in ISKCON activities, Jayananda Dasa also preached the significance of Lord Krishna and spread the “KRISHNA BHAKTI” amongst the people.