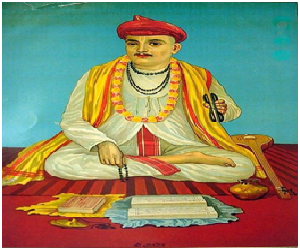 Saint Banka (14th century)   was a famous saint of Maharashtra. His wife was the great saint Nirmala, and his brother-in-law was Sri Chokhamela, who was also a great vital devotee. He was born in Mehenpuri into the lower class family, who were considered as Untouchables in those days.  He was a great poet and wrote several songs on Lord Vital and also used to sing in praise of him. He dedicated his entire life, towards praying to Lord Vital, and lived a pious life.

In his song also, he expresses the difficulties being faced as an untouchable, which includes for not permitting him inside the Vital temple, and also avoiding him from participating in religious festivals, and treating him like a servant by the upper class people. He further expresses his true love on the Lord Vital, and says that according to the holy Vital Prabu, all the people created by him are equal, and the people born in lower class communities must be given all the rights similar to the higher class people.

In order to appreciate his true bhakti, Lord Vital himself appeared before him several times along with Ma Rukmani and blessed him. He also got a good health and a sound mind, due to the divine touch of the Lord. Through the grace of Lord Vital, he was able to write several songs on him, and lived a holistic life. Through his miraculous powers, Lot of Vital devotees were got relieved from their diseases, and also received the bhakti spirit from him. He along with Choka Mela conducted regular bhajans on Lord Vital at their homes, since they were not allowed to enter into the temples. After his death, similar to his brother-in-law Choka Mela, he has also attained SALVATION.