In: Bhakti, Saints
With: 0 Comments 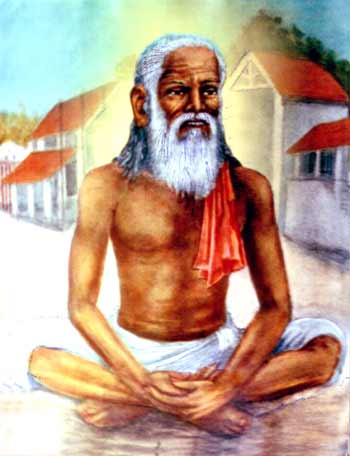 INTRODUCTION
Chellappa Swamigal (19th century) was born in Jaffna into a pious Hindu family. His father was a farmer, and he had one sister and one brother. Chellappa studied well in the school and later worked under British Officials. Though he was good at work, he was very much interested in spirituality and was an ardent devotee of Lord Nallur Murugan.
One day he left his job and concentrated his attention on doing meditation on Lord Muruga at his home. Due to the grace of Nallur Murugan, he became a disciple of Kadai Swami, who was a popular siddhar. After getting good knowledge in spiritual matters from his guru, he has become a full-fledged saint and used to wander in the streets like a mad man and had his food by taking alms. Though his outer appearance was dirty, his inner soul was cleansed with the devotion on Lord Muruga.
After performing rigorous meditation, he attained supernatural powers. And he utilized the powers, and changed the minds of the people, and inculcated them into the “MURUGA BHAKTI SPIRIT”. He guided his devotees and the people, and patiently listened to their problems and solved it by praying to Lord Muruga.
Throughout his life, he served Lord Muruga and the people, and he removed the miseries and sorrows of the people, cured the patients by touching them on his holy hand, removed their mind related diseases, and filled up their mind with full of spiritual energy.
He used to eat only a little food, and keep a share of his food and distribute it to the birds and dogs, and he maintained a good relationship with birds and animals. Among his several disciples, Yogaswami is considered as his favourite disciple. He used to execute the tasks given to him by his guru immediately. Due to his great bhakti, many times he got the divine darshan of Lord Muruga.
He attained Mahasamadhi in the year 1915 at Jaffna.
Let us worship the great saint and be blessed.
“OM SRI CHELLAPPA SWAMIGALE NAMAHA”
“OM MURUGA VADIVEL MURUGA”
“OM NAMAH SHIVAYA”
WRITTEN BY
R.HARISHANKAR