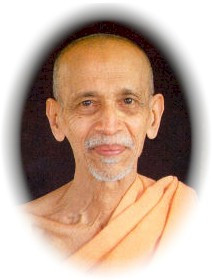 INTRODUCTION
Chidananda Saraswati, (1916–2008) was the President of the Divine Life Society, Rishikesh, India. He was a great saint and spiritual personality. He was born in Mangalore into a pious Hindu family in the year 1916. During his young age itself, he used to study Hindu Puranas, Bhagavatham, Ramayana and Mahabharata and got great spiritual knowledge. He was the successor of Swami Sivananda Sraswati. His birth name was Sridhar Rao. After finishing his studies, he has joined in Sivananda Ashram under Swamy Sivananda Saraswati in Rishikesh in the year 1943.
He has attained Sainthood in the year 1949. And from then onwards he was called as Chidananda Saraswati. He went to many holy places, and cheerfully visited and worshipped the divine deities, and he toured throughout the world, and spread the “SHIVA BHAKTI SPIRIT” among the masses.
After the demise of Swami Sivananda, he has become the president of the Divine Life Society in the year 1963.
After rendering spiritual service for many years, he died in the year 2008.
He has written the life history of his Guru Sivananda.
WORKS
1. An Instrument of thy Peace
2. Awake, Realise your Divinity
3. Bhaja Govindam
4. Bliss is Within you
5. Call to Liberation
6. Chidananda Hun
7. Daily Swadhyaya
8. Divine Vision
9. Gita Vision
Let us worship the great guru and be blessed.
“OM SRI CHIDANANDA SARASWATIYE NAMAHA”
“OM NAMAH SHIVAYA”
“JAI SAKTHI”
WRITTEN BY
R.HARISHANKAR