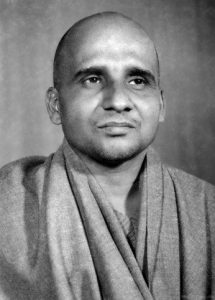 INTRODUCTION
Swami Krishnananda Saraswati (1922–2001) was a disciple of Sivananda Saraswati and he worked in the Divine Life Society in Rishikesh for a long period. He was an author of large number of texts and also interested in yoga and meditation.
He was a great saint, and interested in spirituality, and got the habit of reading divine books, and contains great knowledge in Hinduism. His birth name was Subbaraya. Krishnananda also served as a President in Sivananda Literature Research Institute.
LIFE
Swami Krishnananda was born on 1922 into a Madhva Brahmin family in Karnataka. He learnt Sanskrit and other basic education at his younger age. For some time, he worked in a government job, after that since he was interested in spirituality, in the year 1944, he left his home and went to Sivananda Ashram in Rishikesh, and served there with the blessings of Sivananda.
Swami Krishnananda was a great scholar and also contains an expert knowledge in Advaita Vedanta philosophy, vedas, puranas, Upanishads and other hindu divine texts.
He was a great Yoga Practitioner and taught various types of yoga like Karma Yoga, Bhakti Yoga, Raja Yoga, and Jnana Yoga to his followers.
SPIRITUAL WRITINGS
1. Mundaka Upanishad
2. The Tree of Life
IMPORTANCE
He was a humble and a noble saint, similar to his guru swami sivananda. He was interested in doing social welfare activities also, and done annadanam at his ashram. He was very much worried about the sufferings of the people, and asked them to divert their attention on spirituality and to show lesser interest in worldly pleasures and comforts. He was interested in chanting the names of god, and also interested in reciting various slokams on god.

Let us worship him and be blessed.