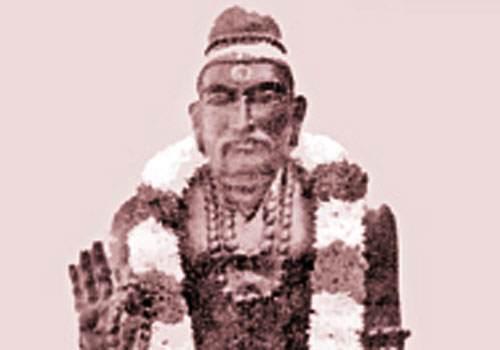 INTRODUCTION
Saangu Siddha Swamigal had attained Jeeva Samadhi in the year 1900 at Thirugnanasambandar madam, Guindy. Nearby his Samadhi Shrine, Sri Kollapuri Swamigal Samadhi and Sri Ezhumalai Swamigal Samadhi are also found.
Saangu Siddha Swamigal was an ardent Shiva devotee and dedicated his entire life towards worshipping Shiva-Parvati, and done many social service activities with the donations received from the rich people like providing food, making shelters for the poor people, and performed marriages to the poor girls. He didn’t keep any money for his own purpose, but utilized the money received from his devotees towards doing good things to others.
Apart from doing social services, he also removed the diseases of the people, by giving curd rice and tamarind rice as Prasad to the devotees after offering it to Lord Shiva, and devotees were got relieved from their diseases after consuming the holy Prasad. He insisted the devotees to spend more time towards concentrating their attention on Lord Shiva and made them to chant the Shiva Mantra: “OM NAMAH SHIVAYA”
Let us worship the great saint and be blessed.
“OM SRI SAANGU SIDDHA SWAMIGALE NAMAHA”
“OM NAMAH SHIVAYA”
“OM MATA SATHI DEVIYE NAMAHA”
WRITTEN BY
R.HARISHANKAR