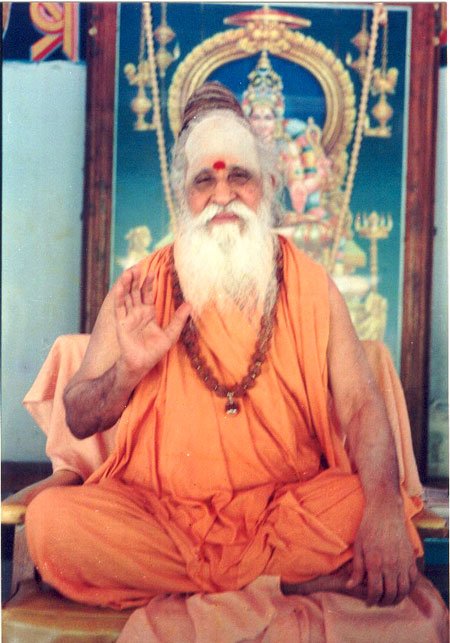 INTRODUCTION
Sandhananda Swamigal was born in a pious Brahmin family in a village near Madurai. He became the disciple of Sri Mayandi Swamigal and learnt Divine scriptures under his guidance. He has done meditation and attained great powers through that. He took sainthood at a village near Salem from Swayam Prakasha Brahmendra Saraswathy Swamigal and from then onwards, he was called as Sathguru Sandhananda Swamigal.
He settled in Puthukkottai, and constructed Shiva and Sakthi temples and introduced various puja schemes in the temples. He also provided annadanam to the devotees in the temple complex and also done various charitable activities like educating the poor children, building shelters for the poor people, providing financial aid for poor girl’s marriages etc.
He attained Samadhi in the year 2002, and his Samadhi Shrine is located in Salem Skandasramam. And the address of the shrine is as follows:
Sri Skandasramam,
Udayapatti, Salem – 636 140.
Let us worship the great saint and be blessed.
“OM SRI SANDHANANDA SWAMIGALE NAMAHA”
“OM NAMAH SHIVAYA”
“OM SRI PARVATI DEVIYE NAMAHA”
WRITTEN BY
R.HARISHANKAR