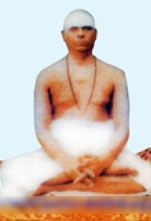 INTRODUCTION
Vedanta Swami was born in the year 1892 in a village in Pondicherry. His birth name was Thandavarayan. He has studied well in his younger age, learned the basics of Hindu Scriptures, and also learnt the regional languages.

For some time, he worked in a private job and afterwards, he has lost interest in doing the monotonous work, and left his job and also his house. For some time, he wandered in the streets by taking alms, and then, he undertook a long pilgrimage to south Indian temples and worshipped the divine deities and due to that, he has got great cheerfulness in his mind, and decided to spend his rest of his life towards spreading spirituality among others. He used to sung the Thiruvasagam and Thayumanavar songs in front of the temples.
He used to conduct religious discourses in the temples and explains the various topics on Puranas in a simplified manner to the people. He lived a pious life, and blessed his devotees and removed the fear from their minds, and made them to shine in the world through his spiritual powers.
Let us worship the great saint and be blessed.
“OM SRI VEDANTHA SWAMIGALE NAMAHA”
“OM NAMAH SHIVAYA”
“OM SAKTHI PARASAKTHI”
WRITTEN BY
R.HARISHANKAR