Introduction: The importance of the Rishi Scientists in the ethos of India

So what on earth is a chapter on the achievements of the ancient rishi-scientists of India doing in a book on Hinduism? The answer is simple enough: their contribution is indistinguishable from the ethos of the Indian way of life. Their inventions and discoveries have not only enriched and strengthened the fabric of Hindu culture, but taken it forward by leaps and bounds. When a Hindu says that his way of life allows him the right to dissent, freedom of enquiry and the right to progress both intellectually and spiritually, these outstanding rishi-scientists had very much to do with it.

They not only pioneered the spirit of scientific enquiry, which sought to unravel the mysteries of nature, arguably much before the West, but left behind a glorious heritage of multifarious achievements. Be it the Vedas or the Upanishads, the paths of apara vidya (temporal knowledge) and para vidya (spiritual knowledge) have showed the way to a higher order of human civilization that respects the freedom of the individual and the spirit of exploration even as it goes hand in hand with spiritual faith.

Lin Yutang, the renowned Chinese writer and philologist (1895-1976 CE) writes, “India was China’s teacher in religion and imaginative literature and the world’s teacher in trigonometry, quadratic equations, grammar, phonetics, Arabian Nights, animal fables, chess, as well as in philosophy, and that she inspired Boccaccio, Goethe, Herder, Schopenhauer, Emerson, and probably also Aesop-the creator of the world’s favorite book of fables!

A memorable scene from the popular Hindi film Purab Aur Paschim, made in the 1960s by filmmaker Manoj Kumar, has an angry businessman of Indian origin (settled in London for long) tell the lead character that India’s contribution to the world is a big, fat zero! To this, the gentleman replies: “Sure. It is when India invented the zero (shoonya) that the world learnt to count!”
Just think about it: whatever would we do without the zero? We would neither have been able to express the size of things—in either their vastness or smallness—nor the binary system or computers be possible without the zero.

India invented geometry (1000 BCE) 700 years before Euclid (300 BCE). In India the practice of making square and rectangular-shaped fire pits for performing yajnas helped develop trigonometry. The Surya Siddhanta (c.5 50 CE), which deals with astronomy, also elaborates upon trigonometry.
It is believed to have been taught by Surya (sun-god) to Maya (the architect of the asuras).

The work was used by Varahamihira (505-587 CE), an illustrious astronomer and astrologer, in his treatise, Panchasiddhantika (five systems of astronomy). Bhaskaracharya (0114-1183 CE), a great mathematician and astronomer, discovered gravitation and invented calculus in the 12th century, 500 years before Isaac Newton (1642-1727 CE) .

Dominik Wujastyk, a senior research fellow at the Welcome Centre for the History of Medicine at University College, London, said, ” “Indian medicine, as a systematic and scholarly tradition, begins historically with the appearance of the great medical encyclopedias of Charaka and Sushruta about two thousand years ago.”

The rishi-scientists of India gifted humanity with extraordinary contributions in the fields of spirituality and science.

1. Maharshi Kanada (600 BCE) was the founder of Vaisheshika Darshana. He revealed the atomic theory nearly 2,500 years before John Dalton.

2.Acharya Sushruta (600 BCE) is acclaimed as the ‘Father of Surgery’. He used 125 surgical instruments and gave details of 300 operations in the Sushruta Samhita, a unique encyclopedia of surgery.

4.Acharya Patanjali (200 BCE) pioneered the science of yoga.He prescribed 84 yogic postures to enhance the efficiency of the respiratory, circulatory, nervous, digestive and endocrine systems, and other parts of the body. He also defined yogic disciplines that would ultimately lead to
samadhi or experience of God.

6.Acharya Charaka (100 CE) is popularly known as the ‘Father of Medicine’. His work, Charaka Samhita, is an encyclopedia of Ayurveda.

7.Aryabhatta I (476 CE) was a great astronomer & mathematician. He was the first person to say earth orbits the sun. His observations were made 1,000 years before Copernicus declared his heliocentric theory. He laid down the foundation of algebra and gave the value of pi up to
four decimal places – 3.1416.

8.Varahamihira (505- 587 CE) was an eminent astrologer and astronomer. In his text, Surya Siddhanta, he deals with the mean diameters of the sun and moon, mean revolutions of the planets, intercalary months, calculation of lunar and solar eclipses, etc. The oldest datable evidence of zero as a symbol as well as a number is found in his work,Panchasiddhantika.

9.Nagarjuna II (600 CE) was an expert 10 rasavidya – a branch of Ayurveda using mercury as the main ingredient of medicines. 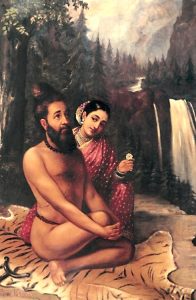