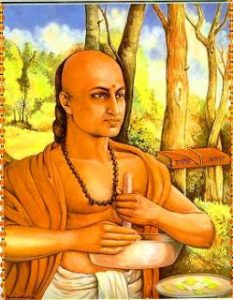 V Ramanathan, the author of Hindu Civilization and the Twenty-First Century, writes, “It is in the field of medicine that the extent of scientific achievements has been highest. The two great names, who have encyclopedias to their credit, are Charaka and Sushruta.”

Charaka’s renowned work, the Charaka Samahita, considered to be an encyclopedia of Ayurveda, is believed to have been compiled around 100 CE. His principles, diagnoses and cures retain their potency and truth even after a couple of millennia. He describes that in Ayurveda the basis of sickness is an imbalance of the three bodily humors (tridosha), namely, vata (wind), pitta (bile) and kapha (phlegm). A proper balance is re- established through herbal medicines, a change in diet, habits and thoughts.

This pioneering doctor believed: “A physician who fails to enter the body of a patient with the lamp of knowledge and understanding can never treat disease. He should first study all the factors, including environment, which influence a patient’s disease, and then prescribe treatment. It is more important to prevent the occurrence of disease than to seek a cure.”

At a time, when the complex science of anatomy was confused with different theories in Europe, Acharya Charaka revealed through his innate genius and enquiries the facts on human anatomy,embryology, pharmacology, blood circulation and diseases like diabetes, tuberculosis, heart disease, ere. In the Charaka Samhita he describes the medicinal qualities and functions of thousands of planes. He also emphasizes the influence of diet on mind and body. He established the correlation of spirituality and physical health and contributed greatly to diagnostic and curative sciences.

It is believed that Charaka was the first medical practitioner to define and elaborate upon the concepts of digestion, immunity and metabolism. Even in those early days, he knew that a genetic defect in a child was owing to a defect in the ovum and sperm of the parent.

He also prescribes an ethical charter for medical practitioners in the Charaka Samhita.

Charaka’s injunction to the doctor states,” Not for self, not for the fulfillment of any earthly desire or gain but solely for the good of suffering humanity should you treat your patients and so excel all. “12 Through his genius and intuition, Acharya Charaka made landmark contributions to Ayurveda.