An ordinary ordinance in his childhood and youth, Shri Yukteshwar was born on May 10, 1855, in Serampore, India. Till his youth, he was an ordinary young man, an aspired businessman with a wife and a daughter. His early life name was Priyanath Karar, who later came to know by Sri Yukteshwar across the world. Moreover, about his early life, when he was graduated from Sirarampur Christian Missionary College he developed a keen interest in the Holy Bible. Now only needed were guidance and a way. After the death of his wife, he decided to follow the path of spirituality and became a saint thereafter.

His Spiritual Journey and achievements:

Without a teacher how a student follow the right paths? And everyone finds their own paths to enlightenment and freedom of one’s soul from the abundant thoughts. Consequently, in the year 1884, he met Lahiri Mahasaya, who later became his guru and guided him further with the help of Kriya Yoga and other teachings. On the journey, he also met Babaji the Guru of Lahiri Mahasaya, who again preached him further about yoga and told him that he will send one of his disciples to him. With his help, Sri Yukteshwar has to further share the art of Yoga in the west. And fortunately, this disciple was turned out to be Paramhansa Yogananda, who is also famous for his book Autobiography of a Yogi.

With his influential character and preaching behavior, Sri Yukteshwar has achieved the greatest philosophy of life. Hence, even Babaji asked him also to write a book on the essential unity of the Bible and Bhagavad Gita, the most well-known scripture in India. Sri Yukteswar titled this book The Holy Science, which is based on the scriptures of India and whimsical pinheads. During the time before his spiritual enlightenment, he lived in his heritage property given by his father. Later on, he moved out and sold that property.

“Priyanath Karar” has been mentioned by James Campbell Ker in the Bihar and Orissa History Sheet of his Political Trouble in India, A Confidential Report, 1917, First Reprint 1973. Arun Chandra Guha writes that when Bankimchandra Chatterjee was a Deputy Magistrate at Chinsura, patriotic literary figures like Yogendra Vidyabhushan, Bhudev Mukherjee, Nabin Chandra Sen, and Hemchandra Banerjee used to meet at his house. Under their inspiration and advice, Tincowri Chatterjee started physical culture centers at Chandernagore, Chinsura, and Serampore. Professor Charu Chandra Roy organized them into revolutionary groups during the agitations against the Partition of Bengal in 1905. The famous Tantric saint Tarapada Banerjee, alias Tara Khepa, openly advocated rebellion against British rule while holding classes on the Gita and the Chandi. Priyanath Karar was a member of those centers.

In 1900, Priyanath Karar founded the Priyadham in Serampore, an ashram where “Hrishikesh, one of the accused in the Alipore Bomb Case has his gymnasium.” Preonath and Mokshada soon shifted to Benares where they contacted Suranath Bhaduri and founded a revolutionary center. Since Tilak’s visit to Benares in 1900, the revolutionaries have found it a congenial spot for secret activity.

“A few months before the session of the Surat Congress, Suranath traveled in the guise of a Tantric priest all over Bengal (…) preaching sedition… went Calcutta and stayed there for a month at the Sandhya office… He then formed a central committee (…), Mokshada, Shyamsundar Chakravarti, Arabinda Ghose, Tara Khepa, Annada Kaviraj, and others as members.” A few days before the publication of the

Yugantar, at Benares, Preonath with Hrishikesh and Suranath “convened a public meeting as well as a meeting of the pundits wherein it was settled by quotations from the Hindu Astrology and Astronomy and announced firmly that the sinful Iron Age was now over…”

Sri Yukteswar converted his large two-story family home in Serampore into an ashram, named “Priyadham”, where he resided with students and disciples. In 1903, he also established an ashram in the seaside town of Puri, naming it “Kararashram”. From these two ashrams, Sri Yukteswar taught students, and began an organization named “Sadhu Sabha”.

An interest in education resulted in Sri Yukteswar developing a syllabus for schools, on the subjects of physics, physiology, geography, astronomy, and astrology He also wrote a book for Bengalis on learning Basic English and Hindi called “First Book”, and wrote a basic book on astrology. Later, he became interested in the education of women, which was uncommon in Bengal at that time.

Sri Yukteswar was especially skilled in Jyotiṣh (Indian astrology) and prescribed various astrological gemstones and bangles to his students. He also studied astronomy and science, as evidenced in the formulation of his Yuga theory in The Holy Science.

He had only a few long-term disciples, but in 1910, the young Mukunda Lal Ghosh would become Sri Yukteswar’s most well-known disciple, eventually spreading the teachings of Kriya Yoga throughout the world as Paramhansa Yogananda. Yogananda attributed Sri Yukteswar’s small number of disciples to his strict training methods, which Yogananda said: “cannot be described as other than drastic”.

Role of the Guru:

Sri Yukteswar said Look; there is no point in blindly believing that after I touch you, you will be saved, or that a chariot from heaven will be waiting for you. Because of the guru’s attainment, the sanctifying touch becomes a helper in the blossoming of Knowledge and being respectful towards having acquired this blessing, you must yourself become a sage, and proceed on the path to elevate your Soul by applying the techniques of Sadhana given by the guru.

Author W.Y. Evans-Wentz described his impression of Sri Yukteswar in the preface to Yogananda’s Autobiography of a Yogi:

“Sri Yukteswar was of gentle mien and voice, of pleasing presence, and worthy of the veneration, which his followers spontaneously accorded to him. Every person who knew him, whether of his own community or not, held him in the highest esteem. I vividly recall his tall, straight, ascetic figure, garbed in the saffron-colored garb of one who has renounced worldly quests, as he stood at the entrance of the hermitage to give me welcome. His hair was long and somewhat curly, and his face bearded. His body was muscularly firm but slender and well-formed, and his step energetic.”

Sri Yukteswar wrote The Holy Science in 1894. In the introduction, he wrote:

The work introduced many ideas that were revolutionary for the time — for instance, Sri Yukteswar broke from Hindu tradition in stating that the earth is not in the age of Kali Yuga, but has advanced to Dwapara Yuga. His proof was based on a new perspective of the precession of the equinoxes. He also introduced the idea that the sun takes a ‘star for it is dual’, and revolves around it in a period of 24,000 years, which accounts for the precession of the equinox. Research into this theory is being conducted by the Binary Research Institute, which produced a documentary on the topic titled The Great Year, narrated by James Earl Jones. A sign of the ubiquity of Sri Yukteswar’s calculations in modern culture is that there is an iPhone Application for calculating them, just as there are calculators for currencies, lengths, areas, and volumes

The theory of the Sun’s binary companion expounded by Sri Yukteswar in The Holy Science has attracted the attention of David Frawley, who has written about it in several of his books. According to Frawley, the theory offers a better estimate of the age of Ram and Krishna and other important historical Indian figures than other dating methods, which estimate some of these figures to have lived millions of years ago — belying accepted human. 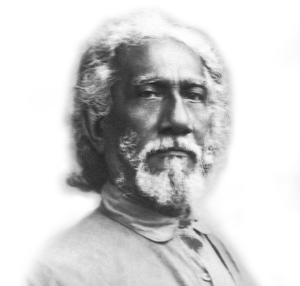