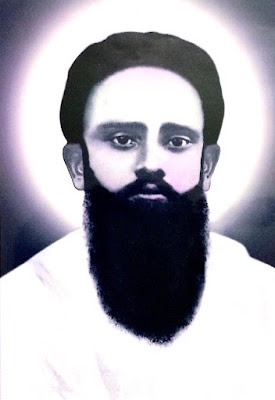 INTRODUCTION
Swami Samaiya was born in the year 1892 at Coimbatore. Though he got married and got an employment in a private firm, he left his job and his family and become a disciple of Swami Sivananda Paramahamsar. He used to meditate on Lord Shiva and got spiritual enlightenment.

Once he was teased by the British soldiers, and immediately through his powers, he made them to stand like statues for some time, and then regained them to their normal state. After realising their mistake the British general apologised to him. He also removed the sufferings of the people and asked them to chant the mantras of god in order to get relieved from their sins and problems in their life. He lived a simple and a holy life and spent his entire time towards doing good things to others and worshipping and meditating on god.

He attained Jeeva samadhi in the year 1937 and his Jeeva Samadhi is situated at his native place in Coimbatore.
Let us worship the great saint and be blessed.
“OM SRI SWAMI SAMAIYAVE NAMAHA”
“OM NAMAH SHIVAYA”
“OM SRI PARAMESWARI THAYE NAMAHA”
WRITTEN BY
R.HARISHANKAR