In: Gurus, Vaishnava Saints
With: 0 Comments 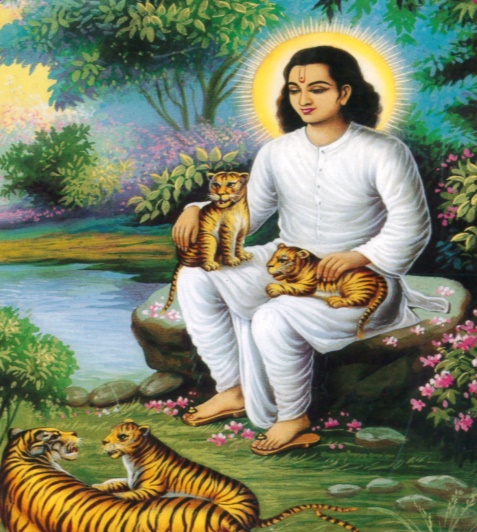 Sri Chakradhar Swami (13th century AD) was one of the most important saints of the Vaishnavism tradition. Shri Chakradhar Swami was born in a city in Gujarat, in a Holy Hindu family. He gave regional discourses, and through that, he helped the people to gain more confidence in their life, and made them to travel in the spiritual path. He asked the people to follow the practice of non-violence, to feed the hungry people, and to chant the glorious names of Lord Krishna. He lived a simple life by taking alms.

He is the founder of Mahanubhava Sampradaya of Vaishnavism in the year 1267, and he is the incarnation of Sudarsana Chakra, the divine weapon of Lord Vishnu. His birth name was Kunwar Haripal Dev. At his young age itself, he was devoted with Lord Krishna, and due to that, he went to many holy temples of Lord Krishna, and spend a major portion of his life by doing meditation in the forest.

He showed his affection to all the living beings, including wild animals like tiger, lion and elephant, and he used to play with the tiger cubs, and the parents of the tiger cubs would not cause any harm to him, and they would silently surround him, and affectionately would roar at him. The wild animals would even eat greens and vegetables, if it was offered by Sri Chakradhar Swami.

Sri Chakradhar Swami’s teachings were very simple, and easy to follow. He preached the importance of worshipping Lord Krishna, and he advocated “SRI KRISHNA BHAKTI” amongst the people, and asked them to regularly read “Bhagavatham” and “Bhagavat Gita”, in order to realize the greatness of Lord Krishna. He was against caste discrimination, and asked the people to worship Lord Krishna in order to get out from their depression, and to get more mental relaxation.

HIS MAIN TEACHINGS ARE: