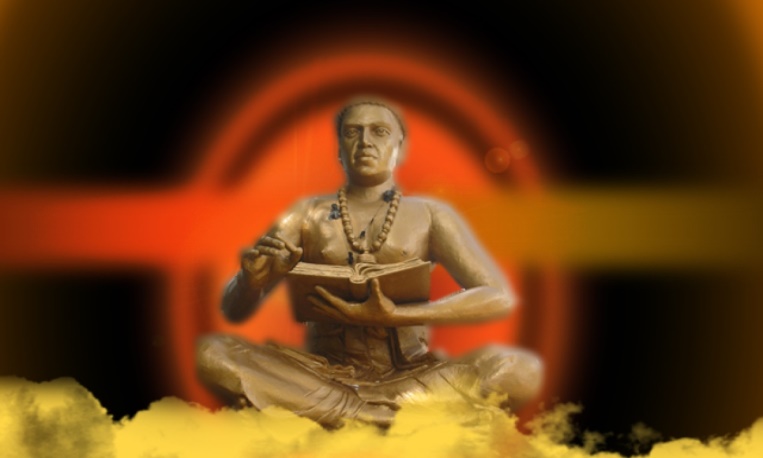 He was born in a Tamil Vellalar family in Nallur, Jaffna at Srilanka, and became one of the preachers of the Shaivism sect. Though, he translated the bible into the Tamil language, he prevented the Hindus from converting to Christianity.

He searched for the Tamil Holy texts written in palm leaf manuscripts, and preserved it, and published it in the form of books. He prohibited the devotees of Lord Shiva from doing animal sacrifice. His father was a Tamil poet and taught Tamil literature to him. His mother Sivakami was chaste and a pious women, who used to feed food to the Shiva devotees at her home. Navalar studied the Vedas, Shastras and Puranas at his younger age itself, and he wrote bhakti texts and published it, for the benefit of the readers. He remained as a strict bachelor, and lived his life by spreading the “SHIVA BHAKTI” and “MURUGA BHAKTI” among the devotees.