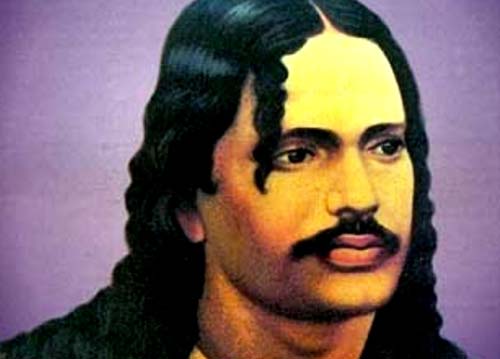 Bharatendu Harishchandra (1850–1885) is considered as the father of Hindi literature, and he was one of the well-known Hindi writers during his period. He was the author of several divine songs, published divine books and he was a kind hearted man.

Apart from spiritual works, Harishchandra wrote texts on the sufferings of the poor people, country’s poverty, natural disasters,                            storms, women’s empowerment, and he was against caste discrimination. He was a staunch devotee of Lord Vishnu, and composed and sung many songs on him.

Harishchandra was born in Banaras, and his father was a poet. He went to the Jagannath temple in Puri, Odisha, at his young age and had the nice darshan of Lord Jagannath, along with his family.  After returning home, due to the grace of Lord Jagannath, he began to write devotional articles and poems in Hindi.

Due to his great contribution in the Hindi literature, he was awarded the title of “Bharatendu” in Kashi in the year 1880, by learned scholars. Bharatendu Harishchandra had published magazines such as Harishchandra Patrika and Bal Vodhini.  His ancestors were landlords in West Bengal, and he got married and had one daughter.

In order to honour the great poet, The Ministry of Broadcasting gave Bharatendu Harishchandra Awards from the year 1983 to learned scholars.

Let us praise the holy poet and be blessed.