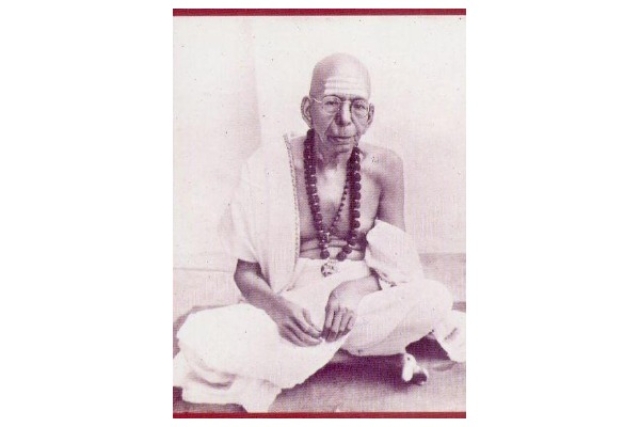 V.C.Chengalvaraya Pillai was born in a village in South Arcot District, Tamil Nadu during the year 1883 in a pious Tamil Hindu family. His father was a devotee of Lord Shiva, and he used to chant the Shiva Mantra regularly, and he worked as a writer in the High Court. He used to read the Shavite texts, and worshipped Lord Shiva, and performed puja in the Shiva Temples. He also collected the Hindu Puranic texts from various places, which was written in Palm Leaves, and published it in the form of books.

Similar to his father, Sri Chengalvaraya Pillai was a devotee of Lord Shiva, and he used to regularly read the Thirupugazh, written by the great Muruga Devotee, Sri Arunagirinathar, and converted Thirupugazh in a simplified form, and published it.

Sri Chengalvaraya Pillai has finished post- graduation, and he was very much interested in Tamil, and due to that, he took much interest in reading the Shaivite texts, and wrote several devotional books in Tamil, in praise of Lord Shiva and Lord Muruga, and he received many rewards and awards for his great contribution in Tamil Literature.

Apart from spiritual works, he was a philanthropist and he had donated major portion of his wealth for the welfare of the society, he fed the poor people, and helped in the marriage of the poor girls. He conducted divine discourse in the Hindu Temples and gave lectures from Shavite texts like Thevaram, Shiva Puranam, Muruga Puranam, and spread the importance of Lord Shiva amongst the people.

He travelled throughout Tamil Nadu, and visited many Holy Temples of Lord Shiva, and also used to visit the Arupadai Veedu Temples of Lord Murugan during festival days. He contains very good qualities, and he was highly praised by the Tamil scholars.

After rendering social and divine service for many years, Sri Chengalvaraya Pillai had died in the year 1971.