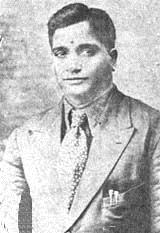 Devudu Narasimha Sastry (1895–1962) was a famous Kannada writer and a scholar. His guru was Vaidhyanatha Shastri. He learnt the Vedas and Sanskrit from his guru, and he was famous in penning devotional poems also.

He wrote and published lot of beautiful novels, and in the year 1947, he published a novel containing the life history of the great sage Vishwamitra and he also wrote books on Hindu deities. By praising his efficiency, he was given the Sahitya Akademi Award by the Government of India. He wrote a famous work on the life of sage Yajnavalkya.

Some of the verses from his great texts are as follows: