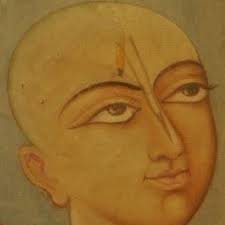 Due to that, young Lakshmi Narayana had become an orphan, and hence, he was brought up by his uncle, and he was talented in Vedas and other Hindu Scriptures. He had become a great scholar similar to his father Guru Raghavendra, and taught Vedas and other scriptures to the students. In course of time, he met his father Sri Raghavendra and received blessings from him. It is believed that he had married to a noble girl and had children. Lakshmi Narayanacharya was an ardent devotee of Lord Rama, and used to perform pujas at the temples of Lord Rama.

Lakshmi Narayanacharya also wrote lot of holy texts on the divine deities and showed it to his father, and he was appreciated for his wonderful works by his father Guru Raghavendra. Though he lost his mother at an early stage of his life, he considered Lord Rama as his own mother, and expressed his sufferings and happiness in front of the deity of Lord Rama.

Lakshmi Narayanacharya had lived a pious life, and he used to offer food to the poor people, and he also healed the diseases of the people through the sacred soil (Mrithigai) given by his father Guru Raghavendra. He looked like a shining sun and he closely resembles similar to his father Guru Raghavendra. He contains courage, wisdom and braveness and he was liked by everyone.

After living for many years, after his death, he reached the lotus feet of Lord Rama.

Let us worship the holy person and be blessed.