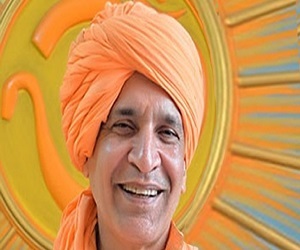 Bharat Bhushan was born in the year 1952 is a famous yoga master, and he is Padma Shree Awardee. He was born at Saharanpur, Uttar Pradesh, and he was interested in Yoga from his young age itself, and began to learn yoga from a Guru. He is talented in Hindu Scriptures, and he is considered as an ardent devotee of Lord Krishna, and regularly visits and worships Lord Krishna at the Krishna temples. He believes that by practicing yoga, all of our mental worries would be removed, and we would get fresh energy in our mind and body.

In the year 1971, Bhushan founded a yoga centre, and began to teach Yoga to Indians as well as to foreign students, and his Yoga program is also telecasted in various TV Channels. Bhushan has been honoured with “The life time Achievement Award” by U.P. Government for his great contribution in the field of Yoga.

Bhushan undertook religious pilgrimages, and visited the divine deities, and at Rishikesh, he conducted a Yoga awareness programme, and in that, he insisted the people to regularly practice yoga for their general well-being.  He is having good physical and mental energy, and he has won in the body builders competitions and received awards. He is teaching world class Yoga concepts to his students through his school Mokshayatan International Yogashram.

His main aim is to make each and every people to practice yoga and meditation in order to live a healthy and a peaceful life. Many political personalities, and his admirers and well-wishers are appreciating for his good aim.

Let us praise the great Yoga master and be blessed.