Arjuna is one of the sacred trees in India. The Sanskrit Synonyms are: Arjuna, Viravriksha, Kukubha, Partha, Nadisarja. The scientific name is Terminal Arjuna. It belongs to the family of Cormbitacea.

The vernacular names of Arjuna tree are:

The plant is native to India. It is a medium to large deciduous tree which grows up to a height of 20- 30 mts. It grows well in any type of soil. The tree sheds its skin and its wood becomes wood after the shedding. The bark is grey to black in colour with deep longitudinal fissures. The tree has straight stems with spreading branches and forms a wide canopy at the crown from which the branches drop downwards.

The leaves are big, sub opposite, oblong and conical. The leaves which appear smooth are green on top and brown below. The flowers are seen in panicles of spikes and are greenish white or yellow in colour. The flowering season is from April- May. The Arjuna tree is mostly found on the river banks or near dry river beds in West Bengal, South and Central India. The tree is propagated through seeds. It takes 7-8 years for the tree to mature and be used for medicinal purposes. Seeds are best sown in a polythene bag during June- July and then transferred to land for better germination. The seedlings can be transplanted to land after a month.

Fruits have 5-7 wings and are ovoid (resembling the shape of an egg). 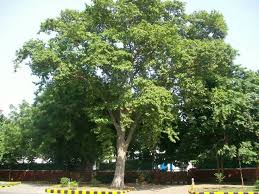 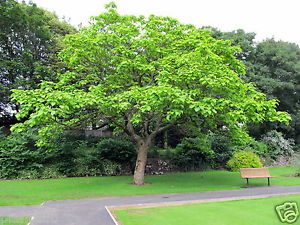 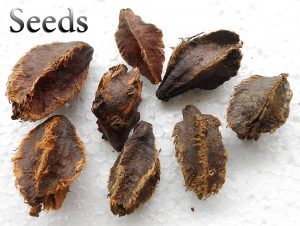 In Ramayana, there is a mention of Arjuna tree in Kishkinda Kanda – Sarga 1.

According to Bhagavata Purana, King Kubera, the god of wealth had two sons- Nalakubera and Manigriva. The wealth and power had made Nalakubera and Manigriva impudent and disrespectful of other devas. Once, when Sage Narada was passing by a river, he saw the two boys in an inebriated state, playing stark naked with the Gandharva girls in the river. The boys being intoxicated and engrossed in their play with the Gandharva girls, ignored Sage Narada. Sage Narada thus decided to teach the young boys a lesson. The sage felt that poverty is the only punishment for people who are intoxicated by wealth and power. So, he cursed the young boys to be Arjuna trees and said that they would get back their original form after 100 years with the touch of Lord Sri Krishna. 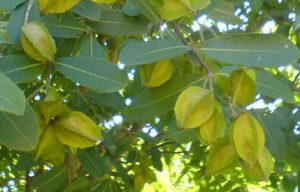 It was Vagbhata during 7th Century CE who introduced the Arjuna tree to Ayurveda. In the Ashtanga Hridayam, (eight sections of Ayurveda) Vagbhata recommends the use of Arjuna in the powder form for treating wounds, haemorrhages and ulcers.  Bark leaves and fruits of the tree are used in medicinal preparation. The fruits of the tree are used to treat Asthma, constipation and intestinal worms. The tree is known for its efficacy in treating cardiac related problems. The bark of the tree is said to possess antibacterial, anti fungal, anti- pyretic, astringent and antimutagenic properties. It acts as a natural rejuvenator by replacing the dead or weak cells in the body with healthy and new cells. It is used to balance all the three doshas: Kapha, Vata and Pitta.

Arjuna tree is used in the treatment of the following ailments/symptoms:

Other usesThe leaves are fed on a moth- Antheraea Paphia which produces tassar silk used for commercial purposes.

The tree is also used as fuel.

A gel like fluid is obtained when the bark is cut. The gel on drying turns to amber coloured gum from light –yellow colour. The gum is used as a purgative and adhesive. In Sidha form of medicine, the bark, leaves and gum are used to treat fever and earaches.

According to Vaasthu Shastra, Arjuna is one of the trees among other plants like “Palas”, “Kanchana” Sleshmantaka and “Karanji that should not be planted within the limits of a house.