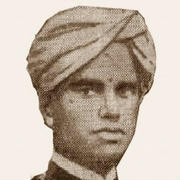 Sarangapani was fluent in regional languages, and he used to sing melodious songs on Lord Krishna, in the Venugopalaswamy Temple, Karvetinagaram. He was praised by the rich and the poor for his good talents in music field, and he was considered as one of the best musicians during his period. Sarangapani has introduced new concepts in Carnatic music, and sung lot of devotional songs in praise of the divine deities.

He dedicated his life in singing wonderful songs and received lot of wealth from the kings. He kept a small portion of the wealth for himself and his family, and the rest of the portion he donated it for the welfare of the poor people. He was considered as a kind hearted person, and moved gently with others.

Though the famous musician Sarangapani is not available now, but through his songs he is still living in the hearts of the music lovers.

Let the praise the great man.