Speaking about the briefs from the ancient history to social enragements, Indian Art and Tradition always had a big leap with time. Known by many forms and formulations the history brought us into some filtered images of the ancient time. Moreover, the diversion of Art was then also classified and represented by many forms and rituals. Storytelling was one of it, which till now is the most necessary element of communication and interaction. Amongst one of the significant art form; Storytelling began in the Southern Regions of India. Ancient India has many sphinges with compelling motives behind it. The whole idea with it was to represent the tradition and make people understand about the ethics and rites of that time. It was just an act of society to communicate in some more appealing and interactive way to deliver particular messages. The empowerment this modern era highlights was also a root in those storylines somehow. The age of innocence offered more than jewels in the form of Storytelling.

Storytelling was a public exposure of religion, caste systems, leading roles of males, feminism and several other intricacies on the contrary. On the societal norms and diversified culture, the art of storytelling unveiled many other circumstances. Halo behind the traditional storytelling was simple, which emphasizes some greater powers and divine figures looking after us. The beliefs of people were strong and it runs into this generation and will continue to many more. Focusing on the major art forms of storytelling there are few initial forms which initiated the whole concept of storytelling in India.

Storytelling was classified into given forms and formats, which contains different region, languages spoken by local communities and diversity in the form of Art.

A form of Hindu Religious discourse highlights the holy life of a Hindu epic character or Saint. Based on religious vernaculars and Indian Vedic lifestyle Harikatha revealed many forms of art like dance, drama, music, speech which was mostly originated from the South Indian states like Karnataka, Tamil Nadu, and Andhra Pradesh.

The simple motive behind this form of art is to educate people about how good and evil works, focusing on karma and not the seed, enhancing the devotion towards their holy Gods and religion. Originated from Ajjada village of Srikakulam which is located near the coasts of Andhra, Harikatha simply aimed to embed the seed of devotion and truthfulness into the localities. Digging deep into the path of their righteous beliefs, the simple aim is to educate people about self-awareness and self-knowing in a liberating way. The ingenious act followed by the storytellers was entertaining the mass and teaching the traditional values and religious aspects. 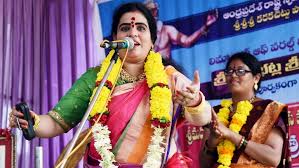 The style of Harikatha was very much interactive including music, recited with many plots and anecdotes briefing the whole moral and theme of the story. There would be the main storyteller followed by co-members or sub-singers giving a whole theatrical appearance.

This style of narration has reached many other parts of Southern India and in distinct regions, it enhances different meaning. In brief, Tamil Nadu state has it in the style of ‘Villupattu’ which translates to ‘the song of the bow’. Hence the narrator is known as ‘Pulavar- a poet in Tamil’. The style of performing Villupattu will include a chorus with its main singer having an artifact of a bow in inverted style in front of them.

In Andhra Pradesh, it is generally in the form of Bhajan and Kirtanas mainly known as Purana Pravachanas. This influences the audience while reciting the Puranic and Vedic stories with an effective narration. So is with other parts of the country now, which still follows the tradition and culture and drive the good causes of humanity into society.

Like the previous art form, this is also originated in the South region of India,  Coastal region of Andhra. Recited in Telegu with several forms. Although it is in the same region yet derived into many forms and names performed by a special tribe known as Picchuguntla or Jangalu. Burrakatha narrators generally known as Saradagallu, who reflects their tribe with an instrument known as Tambura. These tribes generally consist of 3 to 4 members of a family and just like nomads perform the folklores of Lord Shiva at different places. Through this transition, history is narrated with classical music and a style of singing or narrating.

Burra generally means the skull in Telegu and Tambura denotes the skull in their storytelling. Many famous Indian Artists performed Burra Katha and used this form to generally resolve the Political issues. 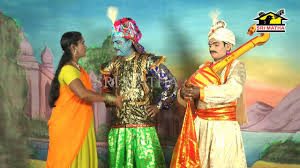 Nature has always been the biggest devotion and sacredness in Hindu or Indian scriptures hence also played a greater role in enlighting the people. Music and Dance have been the signature styles of storytelling with different elements to it. Amongst all styles and forms of storytelling, one colorful and vibrant style is Yakshagana. Based and originated in the states of South India, this divine form of storytelling highlights Indian history. The word Yaksha in literary terms translates to nature-spirits. The protectors of hidden natural treasures of the earth. 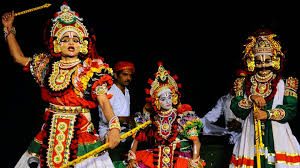 The origin of this art form was lent into early 7th to the 10th century during Bhakti moment. The typical style narrates the amalgamation of classical dance and music condescending the Indian beliefs in Lord Shiva and Vishnu. The base of the stories derived from Indian Puranas, Ramayana, and Mahabharata in the form of tales and spiritual encouragement. This blend of music, drama and dance style particularly in Tamil and Telegu revisits the heroism underneath the ancient history.

Yakshagana storytelling includes costumes, masks, and some strong masculine and feminine figures representing the power of Gods and Nature. With the advent of time, this art form also enhanced the women empowerment via including female artists in their performances.  Rose from the intellectual direction of rhythm and music the storytelling is more than just an art form. It reflects the lifestyles of each character and connects these characters with the person living within each of us.

Like all other styles of storytelling, Kirtan is one generally incites the Hindu prayers in the form Sanskrit Shlokas. With a rhythm and serenity, Kirtan across India brings the holiness of deeds and greatest results of proven history. At an instinctive level, Kirtan is Spiritual Practicing with the help of Chants and meditative music. It brings the different gateways of different aspects within, centralizes the rhythm of the soul. The Carnatic message of Hinduism and Vaishnavism with the fact of being around some universal power, Kirtan till now sets a very purpose in society.

Most of the Yogi’s and soul searchers inclined with the depth of life lessons perform Kirtan, which brings a state of peace and lead difficulties of brin into a calm nature. 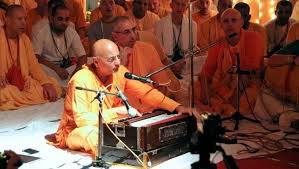 Another aspect of art and culture merged with different styles of storytelling, the Indian civilization has given an endless treasure from generation to generation. This now is appreciated across the world. Art was another name of religion and is always be the one. Paying the most important and generous tribute to its history Indian storytelling serves more than just a purpose in society. From awakening till going beyond the cultural boundaries, the art of storytelling has and is always going to be the best way of communicating.