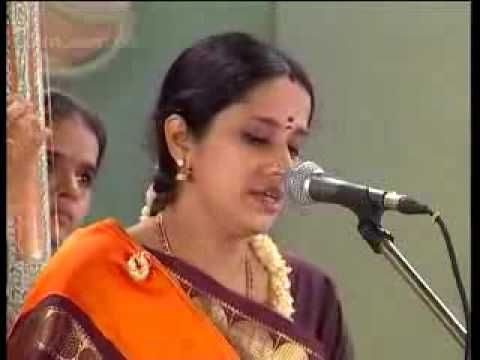 Smt.Vishaka Hari is a remarkable Carnatic music singer and a Hindu devotional story teller, otherwise known as Kathakalakshepam. She is an expert in telling Harikathas in such a way, that even a layman can understand her divine discourses on the Hindu Holy Texts, and she is a qualified chartered accountant. Vishaka Hari is a Carnatic singer since 2006.

Vishaka Hari was educated in Carnatic music under Sri Lalgudi Jayaraman. Her spiritual guru and father-in-law is Sri Krishna Premi Swamigal, who is also fondly called as Anna. She got proper guidance in performing religious discourses from her husband, who is also an expert in giving discourses in Harikatha, and he knows Tamil, English and Hindi languages.

Sometimes Vishaka Hari used to perform discourses along with her husband, and she gave divine lectures in abroad also.

Vishaka Hari was a talented Bharata Natyam Dancer, and generally, she used to give divine lectures on the following topics:

She has received awards for her wonderful contributions in the divine field.