In: Hindu Lifestyle, Trees
With: 0 Comments

Bilva tree is one of the most revered trees in India. The leaves are considered sacred to Lord Shiva and hence are used in His worship. The fruit of the bilva tree is known as Bilva or Vilva in Sanskrit. Seerphal (head fruit) is another name of the fruit as the fruit resembles the skull with a white bone like outer shell with soft inner pulp inside. It is known as Belada hannu in Kannada, Maredu in Telegu, Bela in Orissa, Vilvam in Tamil, Bel or Bael in Hindi. As the outer covering of the fruit is hard and brown in colour, it is known as stone apple, wood apple, and golden apple in English.

Bilva is an edible fruit consumed either in the raw form or after drying. The botanical name for Bilva tree is Aegle Marmelops, and it belongs to the Rutaceae family.

Bilva is a midsized slender, aromatic, thorny, gum bearing tree that grows up to 18 meters. The tree, a native of India is grown throughout India. It is also grown in countries such as Nepal, Sri Lanka, Thailand and Burma, besides other Asian countries. The speciality of the Bilva tree is that it can be grown in places where other trees cannot be grown, without any constraint on the type of soil. It is suitable for growing in any type of weather condition. The flowering season is in May and has a sweet fragrance. It can bear fruit only during dry season.  It is called as Sivadruma. The tree is found in all Lord Shiva’s temples. Bilva leaves are used in the worship of the goddess also and for tantric rituals.

The leaves of the tree are alternate, has sweet fragrance and trifoliate (having three leaflets). In some cases, the leaves will have five leaflets (pancha bilva patre) or even seven leaflets. (sapta bilva patre)

The fruit has a hard wood like outer layer in green colour when unripe, and turns to pale yellow or brown as the fruit ripens. It takes eleven months to ripen on the tree. The fruit tastes astringent and bitter, pungent in the post digestive effect and hot potency. The raw fruit is a good appetizer, digestant and astringent, where as the ripened fruit is astringent sweet and has mild laxative properties.  Its nature (guna) is dry and light.

Ayurvedic use of Bilva

In Ayurveda, the bilva tree is valued highly for its medicinal properties. The root, leaves, flowers and fruit are said to be a powerhouse of medicinal properties. The leaf constitutes of Aegeline [2-hydroxy-2(4-methoxyphenyl) ethyl]-3-phenyl-2-propenamide). The fruit contains gums, vegetable acid, small quantity of sugar and tannin. Both the leaves and fruit are consumed as a dietary supplement for a variety of purposes. The tender leaves and small shoots are eaten as salad. There are several Sadhus who sustain on bilva leaves alone.

The fruit is used in treating Kapha and Vatha doshas. It is not suitable for treating Pitta dosha. Both the ripe and the unripe fruit are used in the treatment of several ailments. Some of the disorders which can be treated using either the Bilva leaves/ fruits are as follows: 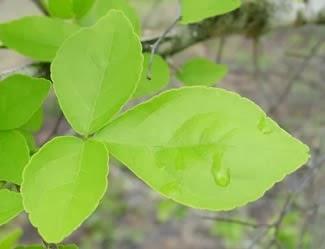 The flowers are used in treating diarrhoea, vomiting and thirst, while the gum of the inside pulp of the fruit is an aphrodisiac (kama-vardhani).

The roots are a panacea for treating vatha doshas like insomnia, seizures and hysteria.

The bilva leaves are used in treating snake bites. 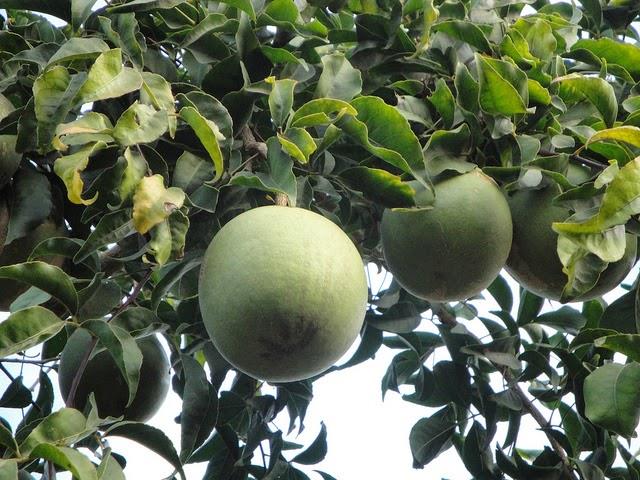 Bilva is used in treating gynaecological disorders and urinary problems.

A concoction known as Ilakam is used in treating Tuberculosis and loss of appetite.

The fresh fruit is used in making sharbat like lemonade. The fruit pulp is mixed with water and ground into a fine paste. To this is added either jiggery or sugar and a juice is prepared known as Bel Pana.  This juice is aromatic and has a cooling effect on the body. The juice is aromatic and purifies the blood. The ripe fruit acts as a laxative.

According to Brihaddharma Purana, goddess Lakshmi, while worshipping Lord Shiva daily, used to offer one thousand lotus buds. One day, while offering prayers to Lord Shiva, She fell short of two lotus flowers.  She remembered Lord Vishnu comparing Her breasts to lotus buds. So She decided to offer Her breasts as a substitute of the lotus buds. As She cut off Her one breast, Lord Shiva who was immensely pleased with Her devotion and sacrifice, appeared before Her and said that Her cut breast would be the Bilva Tree. Thus the fruit is known as fruit of plenty.

According to Banihipurana, goddess Lakshmi was born as a sacred cow and from the dung, the Bilva tree took roots. Thus the tree is also known as Sribiksha, the tree of prosperity and good luck.

Oh Lakshmi who is as bright as the Sun, that noble tree, Bilva was brought forth by your devout austerities (tapas).  May the fruits of the tree drive away my misfortunes and poverty both internal and external.

which means “Donating a thousand elephants, and horses, and giving daan (offering) to crores of kanyas (virgin girls) is equivalent to offering one Bilva leaf to Lord Shiva.” 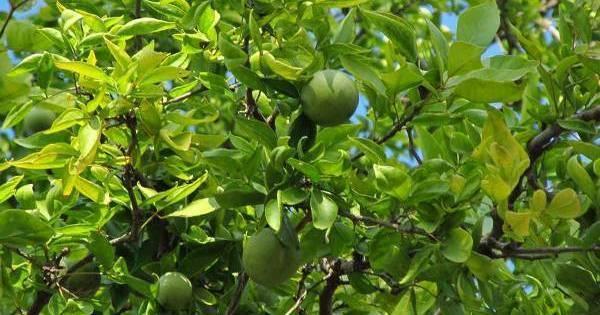 In Shiva Purana,(Chapter22) “the Bilva tree is a manifestation of Lord Shiva Himself. All the great thirtas (sacred rivers) reside at its base. Adored by all the gods, its importance is difficult to comprehend. The sacred tree can be known to a limited extent. If a devotee removes a new leaf from the branches and worships the tree with it then, he would be free from vice”

In Shiva Purana there is a story of a hunter, Gurudruh who lived in a forest. On the day of Shivaratri, he was resting on a Bilva tree waiting for his prey. To keep himself awake through the night, he started plucking the Bilva Patra and started throwing them down. The leaves were falling on the Shivalinga which was below the Bilva tree.  Every time he threw the leaves on the ground, he felt spiritually charged. Lord Shiva who was pleased with him appeared before him and blessed him.

In another reference, both goddess Saraswathi and Lakshmi were the wives of Lord Vishnu, but the Lord loved Saraswathi more than Lakshmi. Lakshmi was enraged with this and started worshipping Lord Shiva for a very long time, but Lord Shiva did not appear. Goddess Lakshmi continued Her meditation and is said to be residing in bilva tree. Performing puja with Bilva leaves will enrich the devotee spiritually. No worship of Lord Shiva is complete without offering Bilva leaves. Thus Lord Shiva is also known as Vilvadanda, or the staff of Bael wood. These leaves offer a cooling effect on the lingam.

Before the start of the war between Lord Rama and the demon Ravana, Lord Brahma took Sri Rama to a Bilva Tree to invoke Devi on Krishna Navami Thithi. Rama then worshipped the Bilva tree and sang in praise of goddess Lakshmi. A voice from heaven resounded with the message that He would be successful in slaying the demons.

The Skanda Purana mentions the origin of the Bilva leaves. One day when goddess Parvati was resting, some drops of Her sweat fell from Her forehead on the Mandara mountain. Girija lives on the roots of the tree, Maheswari on its shoulders, Dakshayani on its branches, Parvati among its leaves, Katyayini in its fruit, Gauri in its flowers, and the various Shakthis’ in the thorns. Goddess Parvati resides in various forms in the tree which makes the tree dear to Lord Shiva. Those who worship goddess Parvati and Lord Shiva with bilva leaves will be led in the spiritual path. Goddess Lakshmi also resides in the Bilva tree.

Significance of the Bilva Tree

Bilva leaves or Patre are used in the worship of gods, especially Lord Siva, as the leaves are considered to be dear to Lord Shiva. The tri leaflets symbolise the trident (Trishula) of Lord Shiva. The tri foliate leaves symbolise the three eyes of Lord Shiva and contain a small percentage of Shiva’s alchemical substance- mercury. It is said that offerings of water sprinkled on these leaves at any shrine will always remain fresh. The leaves also represent the three gunas- Sattva, Rajas and Tamas. The leaves have Sattvika component concentrated in the centre. Thus a person having negative energy will be positively influenced if he comes in contact with the Bilva tree/leaves. The trifoliate leaves also signify the Holy Trinity- Lord Brahma, Lord Vishnu and Lord Shiva symbolising creation, preservation and destruction. The leaves signify the three syllabi of AUM.

During Durga Pooja, in Bengal, the goddess is invoked on the twig of the tree. A tantric ritual known as Bel Varan is performed at midnight on the eve of Durga Pooja or Kali Pooja. A particular energy is drawn from the Bilva tree and placed in a Kalash. The energy that is drawn from the Bilva tree is then transferred to the image of goddess Durga or Kali to empower the goddess for the pooja on the following day. This is known as Prana Prathishtapana or establishing the life force in the image. After the Pooja is over, the energy is released from the image through a process known as Visarjana.

In the Newari culture of Nepal, girls are married to the bael fruit, known as Bel Baha. The Bel Baha forms part of the fertility ritual and the girl is considered to be a Sumangali,(even if the husband dies) as long as the fruit is kept safe and never cracks.

The Santhal tribe consider the bilva tree as their Totemic deity (a symbol or a sacred object considered as an emblem of a particular clan, group) and worship.

One who worships Lord Shiva sitting under the Bilva tree attains the State of Shiva. Washing the head under the bilva tree is said to be equivalent to bathing in all the sacred rivers. One who worships gods and goddesses with bilva leaves attains Shiva Loka. Lighting of the lamps under the tree bestows knowledge and removes ignorance. It is believed that whoever touches the tree will be absolved of all the sins and ailments.

In Tirumala, every Friday, Bilva Patra Archana is performed to Lord Venkateswara. On Shivaratri, the Lord is worshipped with Bilva Patra. This signifies that Bilva leaves are sacred to both Hari and Hara.

In Atarvana Veda, it is mentioned that the wood of Bilva tree should not be burned for fuel. The tree is said to be gifted by Lord Brahma Himself.

It is forbidden to break the branches of the tree as Brahmo Daitya or the Ghost gods are said to reside in the branches.