Music and dance are inseparable from the lives of the people of Goa. The culture of Goa encapsulates the essence of both the western as well as eastern cultures. Traditionally, Konkani folk songs have been extremely popular among the Goans. Dance and music are popular in Goa, irrespective of religion and creed. 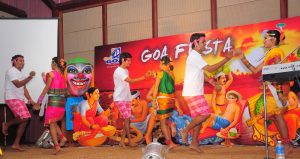 The most popular dance forms of Goa are briefly described as follows:

The music starts with a steady and soft rhythm, which ultimately grows into drowsy and dormant mood. At the very end, the music reaches the crescendo, which is accompanied by a lot of frenzied dancing. The origins of Manddo, is attributed to the synthesis of Latin or Italian music and temple Devadasi dance-song. Since 1966, a Manddo festival is organised every year in Goa. 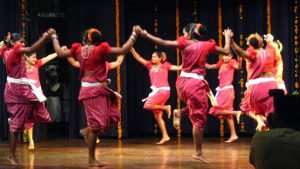 The term Dakhni in Sanskrit means devil of a female. The story that is narrated during the performance, states how a group of females coaxed a boatman to help them ferry to the other side of the river, where exists the residence of Damu, where they have to perform in a wedding. 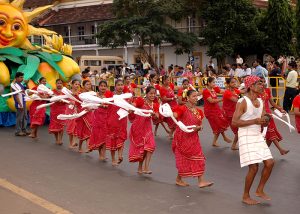