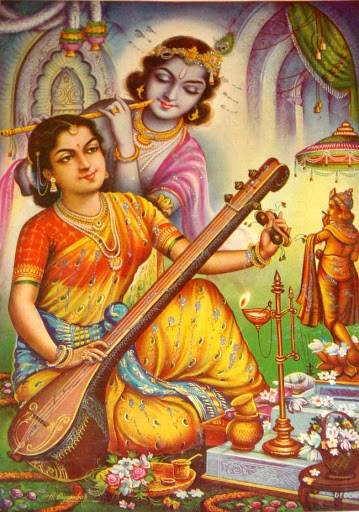 Bhakti films throw us a light about the important incidents happened in the life of the divine deities and saints, and would make us to get more bhakti on the almighty. Nowadays most of the film producers are not interested to produce bhakti films, due to their fear in getting poor box office collections.

But in general, if the producers produce the bhakti films by observing proper fasting and with full of devotion in their mind, definitely their films would succeed well, and their expectations would never go wrong.

Several years ago, the great film Sri Raghavendrar which was acted by Sri Rajini Kanth, had initially didn’t perform well in the box office collections. But after Sri Rajini sincerely prayed to Guru Raghavendrar, the film went on well. God is expecting only the true bhakti from us, and nothing more else.

God would do wonders in the life of his devotees, based on their true faith on him. Similar to feature films, the TV series, Ramayan, Mahabharat and Sri Krishna were captured the hearts of millions and millions of audiences, and even now, Ramayan and Mahabharat is re-telecasted in the TVs. But nowadays in some cinema films, the actors are commenting on Hinduism and making sensational remarks about the holiness of Hinduism. They are wounding the sentiments of the Hindu people, and creating pain in their hearts.

People belonging to other religion, whether they are respecting the religion Hinduism or not, that doesn’t matter. But they must not disrespect the Holy Hinduism, and must not make derogatory remarks on Hinduism.  Every religion has different faiths and beliefs on its own. Interfering in another religion’s faith is not good, and it is a wrong act also.

People must think that our each and every good as well as bad act is counted by the divine gods, and we are getting suitable rewards or punishments for that. Insulting another religion would cause severe effects in the life of the people, and they would be suffered from severe mental uneasiness, mental tensions, Nervousness and mental instability.

Hence let us love all the religions, and respect our brothers and sisters belonging to different religions, and let us consider everyone as our best friend.