Karnataka dresses portray elegance of South Indian clothing. The dresses of Karnataka show grace and decency which are integral to the cultural spirit of the state. The men wear shirts or kurtas along with a lungi on the upper and lower body respectively. Although there is not much of a variety of the men’s dresses in Karnataka, yet the dresses follow strict codes of custom laid down by tradition since the ancient times. Sarees have been the traditional dress for women in Karnataka.

Karnataka, particularly Bangalore and Mysore, are the silk hub of India and Karnataka silk sarees are its traditional costume. However, the different style of wearing a saree makes them unique. The Coorgi style of draping a saree in Karnataka involves tying the pleats on the back instead of the front and a small portion of the pallu is placed over the shoulder. Mysore silk sarees are made with lustrous zari and rich silk. The extraordinary sheen of the fabric and the purity of the zari make these saree an elegant women dress. The Kornadu saris are a mix of cotton and silk. The Konrad sarees are woven with a blue cotton yarn and silk yarn in several colors other than blue. The motifs at the border are varied and the body of the sari has checks or stripes. They are mostly used as a daily casual wear outfit. The handloom Irkal saris have the beautiful Kasuti embroidery on them. Kasuti embroidery is a special craft practiced mainly in Uttara Kanara districts or North Kanara district of Karnataka. The motifs on Irkal saris include architectural designs, cradle, elephant, squirrel among others. The Mysore crepe silk sarees are used as office wear sarees due to their light-weight, and easy to care nature.

The Kodavas or the people of Kodagu have their own distinct dresses. The men wear their native costume with pride, resplendent with ornamental sashes, swords and daggers, black robes or tunics and gold trimmed turbans for festivals or weddings.
Kodava women drape the saree in reverse, with the pleats at the back, `pallu` pinned on the shoulder, the fringe to the front. Decorative headscarves are worn on formal occasions.

It is mention worthy that the recent developments of Karnataka have given rise to many cosmopolitan cities where people come from every part of the country. Thus, western wears are gaining popularity because of their added convenience. However, the traditional Karnataka dresses still continue to be heartily cherished by the Kannadas.

A striking piece of jewelery worn in Karnataka is called the tulunad, which is a cast-brass two-part belt, having its top edged with cobra heads with long-drawn-out hoods and has a cobra clutch at front. Jewelery of Karnataka is infused with religious connotations. A cast-brass finger ring is worn by Shiva Lingayat devotees depicting the God Shiva’s vehicle, the bull Nandini, who wears an amulet containing a lingam. Female Lingayat Virashiva or lay persons (linga banajiga) wear silver lingam caskets or ayigalu, shaped in the form of an abstracted egg.

The silver lingam caskets or Gundgurdgi lingam caskets are worn on the left arm or by a Lingayat Jangam priest under a cloth cap on the head. These are often pot shaped and each contains a movable jangama or lingam. Lingayat women wear a gold fertility necklace for obtaining male offspring that consists of thirty pendants set in gold, each with a symbolic meaning connected with fertility. Gemstone like black and red coral are set onto the chain.. For the worship of Lord Shiva and Goddess Parvati, the Lingayats as a specifically designed polychrome wood necklace.

Children mainly wear protective tiger-claw amulets or vyaghranakhas pendants set in gold and suspended on a gold chain. Belts of bells around their hips are also worn to frighten away evil spirits. The other ornaments worn by children are bell-anklets also called painjani and a silver amulet box on a chain that has a central figure of a makara or kirtimukha flanked by birds and bands of floral creepers. Kamardani or silver loop-in-loop belt, which has a hooked closing is another popular piece of jewelery in this region. The silver ankle/ foot/ toe ornaments worn by the bride at a Coorgi marriage ceremony are popular among the people of Kodagu or Coorg.

Karnataka is a land of rich heritage, culture and traditions. The legendary silk sarees of Karnataka Silks have become an integral part of Karnataka’s and India’s tradition. Every Indian woman craves to drape herself in one of the most wonderful costumes, being a saree. If the sarees are from Karnataka Silks then it is an added feather to the cap. Karnataka Silks is unique and elegant in every angle. It has a range of stiff tangails, flowing silks, elegant chiffons and heavy brocades which can be easily maneuvered to this style. Draped around the waist, it forms a skirt with pleats positioned in front enabling space for free and graceful movements. The pallav or the part draped over the left shoulder is either pleated and pinned up or left flowing loose for glamour. It is not merely an outfit, but an ornament lending both grace and glamour to the wearer. Bangalore and Mysore are world famous and reputed for shimmering silks.

The Mysore Silk is synonymous with the splendor and grandeur. Mysore silk has been registered as Geographical Indicator under Intellectual Property Rights. Karnataka is the homeland of Mysore Silk. Karnataka sericulture has a history of more than 215 years. In 1785, the Tiger of Mysore Tippu Sultan established sericulture in Mysore kingdom. He wanted Mysore to be the foremost among silk producing nations. The dream of this great ruler became true during later period. During these years Karnataka sericulture has seen many ups and downs in its long journey. It has transformed into a model in mulberry sericulture in the country. During early 19th century while the world sericulture was collapsing, Mysore Sericulture industry sustained. Though, most of the exotic silkworm varieties perished remained stable through this period, and even today it is the back bone of mulberry sericulture in India. 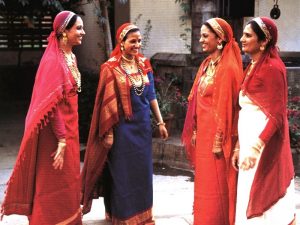 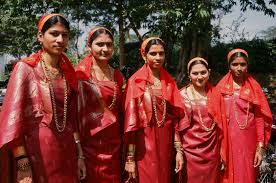 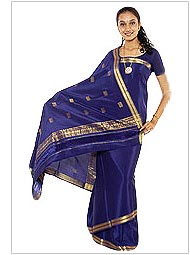