In: Stories
With: 0 Comments 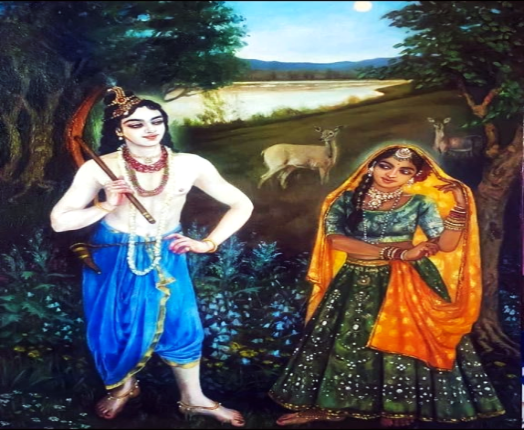 INTRODUCTION
Revati, is the daughter of King Kakudmi and the wife of Lord Balarama, the elder brother of Krishna. She is mentioned in the Mahabharata and Bhagavata Purana.
Revati was the only daughter of King Kakudmi, a ruler of Kusasthali kingdom. In order to find a proper match for his daughter, Kakudmi took Revati with him to Brahmaloka to seek Lord Brahma’s advice for finding a suitable husband for Revati.
When they arrived at the brahma’s abode, Brahma was watching the performance of the celestial musicians, and hence they waited patiently until the performance was finished. Then, Kakudmi made his request. Brahma has recommended Balarama as a worthy husband for Revati.
Kakudmi and Revati then returned to earth, and after some time, she got married with Lord Balarama and through him, she had two sons and a daughter.
After the end of Lord Balarama’s avatar in this earth, his consort Revati entered into his funeral pyre and attained SALVATION.
Let us worship the divine mother Revati and be blessed.
“OM MATA REVATI NAMAHA”
“JAI BALARAM”
“JAI SRI KRISHNA”
WRITTEN BY
R.HARISHANKAR