Shami or the White Kutch is one of the sacred trees in India. It is known as Shami or Samee in Sanskrit, Saikanta in Bengali, Gonharea in Oriya, Khejri in Hindi, Banni in Kannada, khejri or Loong Tree in Rajastan, Jand in Punjabi. The botanical name of the tree is Prosopis spicigera. It belongs to the pea family, Fabaceae. It is considered as the Kalpa Taru of the Thar Desert. 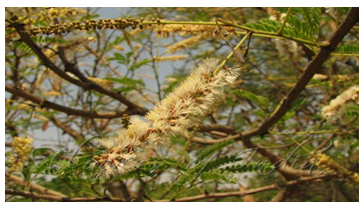 Shami is a medium sized ever green tree which can grow in harsh climatic conditions. It is suitable for growing in any type of soil. The tree grows upto 12 mts in height. It is native to arid areas of Western and Central India. The tree is also found in the Southern States of Karnataka and Andhra Pradesh. Shami tree is also grown in Afghanistan, Pakistan, Oman, Saudi Arabia, the UAE and Yemen. Its roots go deep up to 35 mts in search of water. Shami adds nitrogen to the soil, thereby improving its fertility.

Shami trees are planted to check desertification (a process by which relatively dry cultivable lands becomes extremely arid due to climatic changes and man-made causes. Productive land becomes unproductive due to natural, human and climatic interventions.)  It is used in stabilising the sand dunes and is also useful as a wind break. 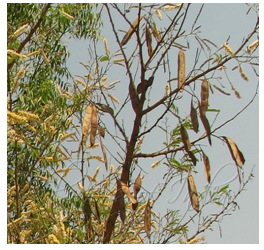 The leaves are small and bipinnate (alternately arranged) with 7-14 leaflets on each of the pinnate. The decomposed leaves of the Shami tree add nutrients (nitrogen) to the soil, thereby enhancing the growth and productivity of the crop. Its branches are slender with conical thorns. The twigs are zigzag at the nodes. The seeds are planted directly in the soil. Flowers are small and pale yellow to white in colour. The flowers bloom during rainy season. Pods which are smooth and brown in colour have seeds within.

In the Mahabharatha, it is mentioned that the god of fire- Agni hid in the heart of the Shami tree to escape from the wrath of Brighu Maharishi.

In the Mahabharatha, when the Pandavas had to spend one year incognito, as part of their 14 years of exile, they hid their weapons in the Shami tree. After one year, when they came back to the tree, they found their weapons intact. The Pandavas took the weapons from the tree and worshipped it, seeking power and victory in the ensuing battle with the Kauravas. In the battle, Pandavas emerged victorious. Thus it is believed that those who worship the Shami tree are blessed with victory and prosperity. 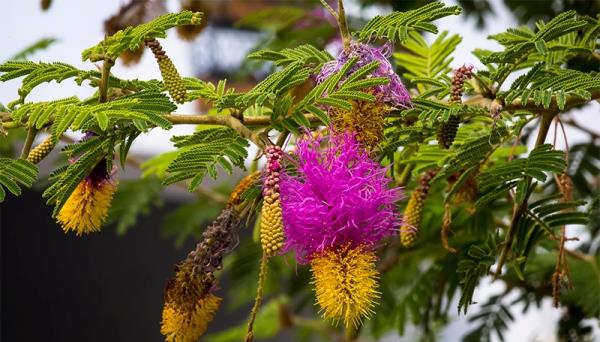 Shami is known for its medicinal properties. Its bark is used as a substitute for Acacia catechu to treat leprosy, pruritis, wounds, bronchial asthma, and stomatitis. The bark ground into a fine powder is effective in the treatment of sore throat, toothache and to heal external ulcers. The root and the pods have astringent properties.

The seeds are effective in reducing the blood sugar levels in the body.

Shami has astringent, demulcent (agent which soothes or provides relief from minor pain) properties that are used in treating several ailments.

Its bark is bitter, acrid, cooling and anthelmintic. The decoction of the bark is used treat fever, hypertension, diabetes, helminthiasis and imbalances of Pittha and Vata doshas. The bark is used to treat rheumatism and scorpion sting. 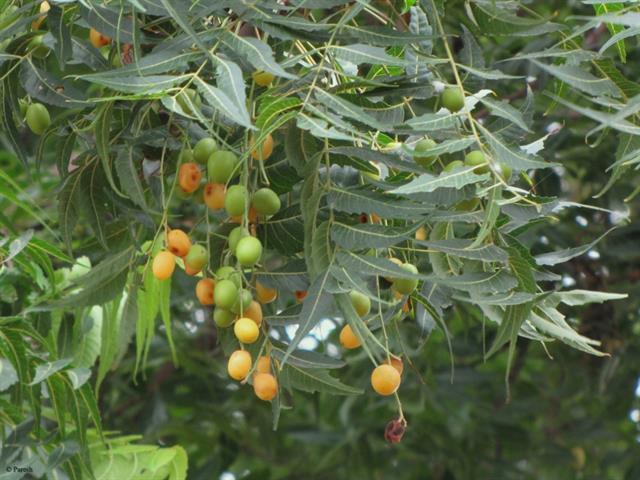 Leaves: Leaves have anti inflammatory properties. A decoction of the leaves is effective in treating intestinal worms and leprosy. A mixture of the tender leaves is used in treating diarrhoea and dysentery. Its pods are useful in the treatment of urino genital diseases.

Flowers: The flowers when mixed with sugar and eaten by pregnant women is said to prevent miscarriage. The Bishnoi community of Rajasthan worship the Shami tree, as it is a valuable source of food for them. It is a State tree of Rajasthan. It is also the national tree of the United Arab Emirates.

Every Hindu warrior before going to war offers prayers to the Shami tree and seeks its blessings.  Prayers are offered to the tree in the belief that they would come back victorious.

Shami tree is worshipped on VijayaDashami day during Navaratri seeking victory in one’s pursuit. On the day of Vijaya Dashmi, people in the States of North Karnataka and Maharashtra, exchange Shami leaves, as it brings victory and prosperity.

Shami Bhasma is used to control the effects of Shani, the Saturn.

The tree is worshipped with the following shloka:

Meaning: The Shami tree cleanses sins. Its thorns are reddish in colour. It is Lord Rama’s favourite tree and in such a tree Pandavas hid their arms. O Shami, Lord Rama has worshipped you. I now embark upon my journey to victory. May you make it pleasant and free from obstacles! 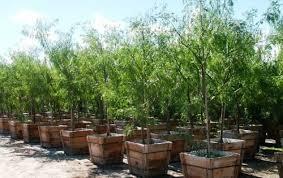 The famous Mysore Dasara procession observed on the VijayaDashami day since four centuries, starts from the Mysore Palace and culminates on reaching the Banni Mantapa. The festivities of observing Dasara was started by the Vijayanagar Kings. After the fall of the dynasty, the Maharajah of Mysore shifted the celebrations to Sri Rangapatana in the early 16th century. Later during the 18th Century, the festivities were shifted to Mysore. During Dasara, the Maharajah would send the weapons and the State sword in a procession of horses and elephants, along with the troops to the Banni tree. The Maharajah would hunt wild animals that were specially captured and released later. This was followed by the worship of the Banni tree and the Maharajah would pluck leaves from the Shami tree and keep it safely until the next Dasara.

Shami tree is an excellent source of charcoal. Dried pods are a rich source of feed for livestock. The pods are used as vegetable in Rajastan.