Women enjoyed intellectual freedom in ancient India and were able to attend gurukuls alongside boys in their pursuit of knowledge. During the Vedic Age, women like Gargi, Maitreyi, Lopamudra engaged their learned counterparts in debates while women also composed many hymns that are there in the Vedas. Therigatha or ‘Verses of the Elder Nuns’ is a Buddhist Scripture and is the earliest known collection of work composed only by women in 600 B.C.  This short collection gives us a peek into the life of women and is a glorious affirmation of the status of women who were equal or more to men in spiritual attainment. Contributions to Therigatha come from a bereaved mother, a nun who was formerly a prostitute, a wealthy heiress who gave up her riches and from the Buddha’s stepmother, Maha Prajapati. Bhikkuni Samyutta is another rich text that details the role of women in the early Sangha.  The status of women in the Vedic age and thereafter was quite exalted in ancient India. 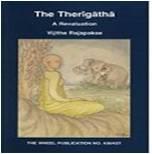