Jainism is one of the most ancient religions of India with its core focus being on Ahimsa or non-violence. Also, the main emphasis in Jainism is on liberation of the self or Jiva from rebirth through control of passions and cultivation of Supreme knowledge. This is achieved by stringent disciplines and strict adherence to the doctrines of Jainism thereby eliminating the effects of the consequences of millions of lifetimes to achieve liberation. When this happens one becomes a ‘Jina’ or Conqueror and has no rebirth. The ethical system of Jainism is based on Right Faith, Right Thought and Right Conduct.

A unified system of practices and beliefs on sacred issues uniting the moral fabric of a community is the origin of religion. Women by their very biological nature in comparison to man have always been a subject of immense discussions and views in the context of religion. They are generally considered to be the weaker gender needing protection and guidance from man in most Eastern cultures. This has led to subjugation and in certain cases oppression of women and is particularly true in the field of religion especially in the Eastern societies. Religion and society have always been a point of intersection. Some common standpoints in all the religions relate to the physical inabilities of women to be granted complete freedom. Inspite of this, all religions have exemplary women who have attained liberation after undergoing arduous penances and have been considered role models for humanity.

Jainism is a religion which recognises equal rights to all living beings, thus women too actively play their part in their quest for True Knowledge and liberation.  The foundation of the daily life of Jains is the four fold community of lay men, lay women, nuns and monks. Many religious and cultural figures are Goddesses and in the books and legends of the Jinas, many distinguished women played important roles. The ‘Sola Sati’ or the sixteen virtuous women highlight exemplary religious qualities and are emulated as role models by Jain women. Jain religious activities on food, fasting, singing hymns, performance of worship and participation in religious festivals mostly revolve around the women in the community. The main core of Jain philosophy is that each individual is responsible for his actions and must reap the consequences. Women can read the Jain scriptures to enhance their spiritual progress but since they are generally less literate than their male counterparts, they are unable to take this opportunity, though this is changing in present times. The views of the two sects of Jainism namely Digambars and Swetambars are different in the context of the role of women in Jainism. In the Digambar sect, one of the essential elements to the path of liberation is lack of clothing or nudity. Since this cannot be applied to women, according to Digambars they can attain liberation only if they are reborn as men.

There have always been Jain nuns in the past and their numbers have even outnumbered those of the male monks in certain periods. Names of many respected women have appeared even in narrative literature and early sources during the life of Bhagwan Mahavira as epitomes of generosity and compassion. Many charismatic nuns have written religious pamphlets and autobiographies though they rarely take part in public activities like scriptural debates, discussions and preaching and they generally have less authority than their male counterparts.

Code of conduct for women

Though there are no codes or statements recorded to emphasise on the fundamental inequality between men and women in Jain tradition, there are unspoken underlying beliefs implying that more control and rules are required for women as compared to men. All female nuns are generally under the subordination of male monks. The general rules for both men and women are the same though some of problems faced by the women are-

1.   Sometimes nuns are under the authority of junior monks for a very long period.

2.   In order to reach high positions in the religious hierarchy, the female nuns need to serve for a longer period than their male counterparts.

3.    Their religious titles are generally at an inferior rank to those of monks.

4.   Many canonical texts are difficult to study as the nuns are perceived to have lesser intellectual capacity as their male counterparts, which has been disputed in recent times.

5.   Academic research and study of women nuns is not encouraged by many groups.

Men are generally completely dependent on lay Jain women for performance of rituals and preparation of food. They attend discourses in larger numbers as many of them remain at home to take care of family and children and this helps them to assimilate culture and ideals to pass on to the next generation.

Women and food in Jainism

1.   Knowledge of sequence of rituals in order to offer alms to Jain mendicants who come to the door.

2.   Take care of meals allowed to be eaten after sunset.

3.    Cook the right type of meals during festival and other days as befitting tradition.

4.   Since fasting is one of the great pillars of Jainism, women have to have great knowledge on the complicated types of fasts prescribed at various times and occasions.

Many sects within Jainism do not allow women to enter the sanctum sanctorum and touch the idols or anoint them with sandalwood especially during the child bearing years.

As compared to the Digambar sect which emphasis non-clothing as a pre requisite for renunciation, the Shwetambar sect lays greater emphasis on internal purification. Right belief, Right knowledge and Right conduct are the main conditions on the path to liberation.

Women as deities in Jain tradition

Women especially mothers of the Tirthankars have been revered and their motherly characteristics extolled. The female spiritual attendants of the Jinas occupy prominent places in worship and are revered as the female deities of Jain tradition like Padmavati, Ambika and Chakresvari by both men and women. They are generally worshipped for fulfilment of desires like progeny, wealth and good health as they appear more approachable to women than the illustrious Tirthankars. The legends and hymns of the Sola Satis are illustrious role models to women as they remained faithful to their husbands in the face of difficult circumstances.  Besides this, Saraswati the Goddess of learning, Matrikas or eight mothers who represent the eight basic notions of Jain ethics and the Vidya Devis who represent various Sciences are revered as all of them represent symbols of knowledge which is an important concept in Jainism.

Women in a positive role in society

Many women in Jainism have provided great inspiration to men. Most of the monumental works of great Jain scholars were inspired by their mothers or sisters. Many exemplary women have inspired their husbands to utilise their wealth for noble and religious purposes. They are responsible for the construction of various temples and organisation of pilgrimages. It is said that the abolition of the practice of Sati, Dasi system of slavery and sacrifice of animals were all due to the emphatic roles played by the Jain nuns who strongly resisted them. A Jain woman is also given full freedom and discretion to either accept marriage or devote herself to a life of celibacy and piety. Women can also freely attend gatherings and listen to preachings or discourses without any restraint. Many women have achieved liberation and have attained a high status of respect in society.  Mahatma Gandhi is said to have been highly inspired by some exemplary Jain Sadhvis and had even visited them.

All religions provide logical arguments on women’s spiritual liberation relating to their biological gender and their impact on man and society in general. Since most of the religions including Jainism are male centric, women are considered subordinate to men especially in Indian society inspite of education, experience or personal abilities. Women in Jainism too are considered threats in preventing monks from observing strictly the vows of chastity which is one of the most important hurdles on the path to liberation. Despite this, Goddesses and Divine female symbols are important figures, being accessible to worship on a daily basis. Many Jain nuns and exemplary women are highly respected and praised in literary and oral traditions. Views on feminism is complicated and continues to be debated by historians and scholars right upto the present day but a number of Jain scriptures have extolled the glory of chaste and virtuous women who have been a source of inspiration to all in their quest of self-realisation and bliss. 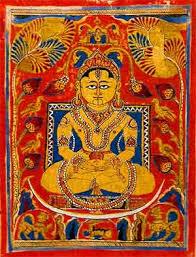 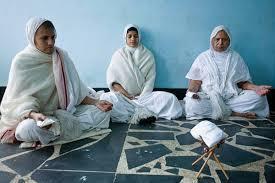