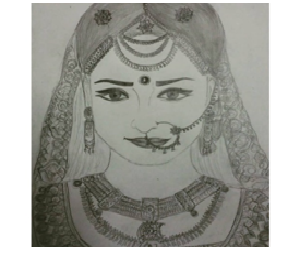 She lived along with Yudhishthira in the Hastinapura and in Indraprastha. But during the time of exile, Yudhishthira doesn’t want her to accompany with him, and hence he asked her to stay in her father’s kingdom. Yudhishthira treated her very kindly and showered great love and affection on her similar to Draupadi. Being the son of the Yama Dharma, Yudhishthira didn’t find any partiality between his wives, and he remained as a noble person throughout in his life. Devika is believed to be the incarnation of Mata Urmila, consort of Lord Yama Dharma Maharaja. She also cordially moved with Mata Kunti and Draupadi and treated everyone in an affectionate manner. Arjuna, Bheema, Nahula and Sahadeva had treated                    her like their own mother, and gave great respects to her.

Devika was a sincere devotee of Lord Krishna, and during the times of problematic situations, she used to pray to Lord Krishna and got relieved from her problems. During the beginning of the Kali Yuga people in North India, used to worship Mata Devika, and Draupati, as their Ishta Devatas. In course of time, people began to forget about the noble character Mata Devika, and stopped worshipping her also.

Worshipping Lord Krishna with Mata Kunti Devi and the entire Pandavas with their consorts, would bring good prospects in our life, and we would be blessed by the divine devas in the heaven.