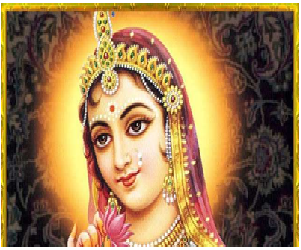 As per ancient legend, Devayani was born to Guru Shukracharya, and Jayanti, daughter of Lord Indra. Shukracharya is the demon guru, he is the god of Friday, and he is the planet Venus. She was considered as a very noble, pious and a chaste woman. She was married to Yayati, who was the son of Lord Nahusha and Goddess Ashoka Sundari, and they had two children.

Sharmishtha was a noble demon princess, and she was the daughter of the demon king Vrishparva. Shukracharya was the guru for Vrishparva. Due to a small clash between Sharmishtha and Devayani, Sharmishta had become the personal attendant of Devayani. Once when Yayati saw Sharmishta, he began to love her, and in course of time, both of them united and they had three children. When Devayani knows about the relationship between Sharmishta and Yayati, she informed to her father about their affair.  Shukracharya had become very angry with Yayati and cursed him to become an old aged man. After repeated request made by Yayati, Guru Shukra felt pity on Yayati and asked him to transfer his old age to his son Puru for a few years. His mighty son Puru has agreed for that. In course of time, Yayati was disinterested in leading a family life, and hence he gave back his youth to his son Puru, and took back his old age, went to the forest and done meditation on Lord Shiva, and attained salvation.

The details about Mata Devayani were mentioned in Ramayana and Mahabharata, and she was described as an innocent and a lovely lady, who used to take care of the guests in a pleasing manner at the ashram of her father Guru Shukracharya.  Due to the good qualities of Mata Devayani, in course of time, she had become a divine star and she is still shining brightly in the sky similar to the Rohini Star.