Lakshmanaa the daughter of Duryodhana 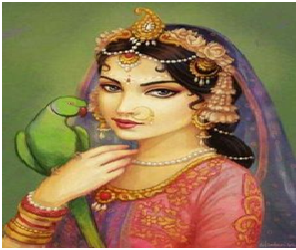 LAKSHMANAA – THE NOBLE DAUGHTER OF DURYODHANA

As per the famous epic Mahabharata, Lakshmanaa is the daughter of Duryodhana and Bhanumati, and her brother was Laxman Kumara. She was a noble and a beautiful woman, who was liked by both the Pandavas and the Kauravas, and she didn’t find any difference between the Pandavas and the Kauravas, and she completely differs from her father Duryodana in this regard. During the time of exile of the Pandavas, even though at that time she was a small girl, she advised her father Duryodana to act in a righteousness manner, and asked him to stop sending the Pandavas to the forest. Her parents loved her very much, and Duryodana planned to get married her with his dear friend Karna’s son. Karna also liked her very much and considered her as his own daughter. But at the time of Svayamvara, Lord Krishna’ son Samba had tried to kidnap her. But his act was stopped by Bhishma and Drona, and they chased him away from that place. Then after the intervention of Lord Balarama, Duryodana had agreed to marry his daughter with Samba. Lakshmanaa was praised for her holiness and chastity, and she served as a dutiful wife to her husband Samba. Lord Krishna also showed his affection on her, and treated her as his own daughter. It is believed that after the death of Samba, she entered into the pyre of her husband, and attained salvation.

Ancient women are considered as very noble and holy, and due to their chastity, their consorts had survived a long life. They are considered as worshipful mothers, who are able to burn the entire universe through their powers.

Even the holy rishis and the god and goddesses would appreciate them for their Pathi Bhakti. But in this present day modern world, nowadays we cannot expect women to be like that. But however, all the women are to be considered as the respectful mother goddesses and they are to be given proper respect similar to men, and must be treated as worshipful deities.