In: Ramayana
With: 0 Comments 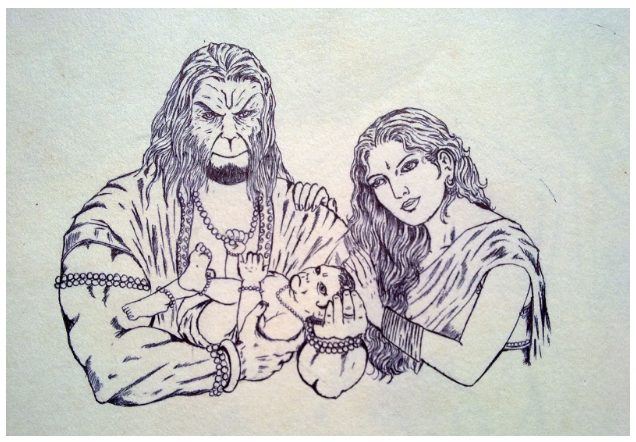 INTRODUCTION
Kesari was the brave Vanara king of a small region. He was the foster father of Lord Hanuman and the consort of Anjana.  Kesari was a great person, who involves in deep meditation in the jungles, and an ardent devotee of Lord Shiva. He prayed to Lord Shiva for a holy child, and after hearing his prayers, Lord Shiva blessed him with a divine son Lord Hanuman. Lord Hanuman is an AMSA of Lord Shiva, and contains his features.
Once, he fought and killed a powerful demon, Shambasadana, in order to safeguard the holy sages.
Kesari was one among the army generals of Sugriva’s army. He fought bravely by chanting the Rama Mantra during the time of the Lanka war.
After his death, he went to the abode of Lord Indra, the Swarka Loka, due to the grace of Lord Rama.
Let us worship the great Vanara King and be blessed.
“OM SRI KESARIYE NAMAHA”
“JAI HANUMAN”
“JAI SRIRAM”
WRITTEN BY
R.HARISHANKAR