We shall deal briefly with each of them. 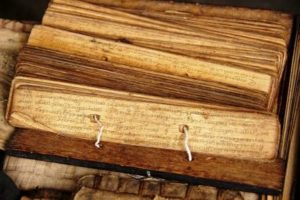 Ayurveda IS a science that deals with ‘knowledge of life’ and longevity. The main texts of this life science are Sushruta Samhita and Charaka Samhita. Ayurveda deals with medicine and health. A long and healthy physical and mental life is necessary for a prolonged spiritual practice and experience. The source of this science, according to sage Sushruta (600 BeE), lies in the Atharva Veda which is aptly called Bhaishajya Veda (the Veda of medicine and treatment of diseases). Ayurveda includes methods of diagnoses and treatment for physiological and psychological illness. It deals with embryology, hygiene, anatomy, surgery, ere. Dominik Wujastyk, a Senior Research Fellow at the world- famous Wellcome Centre for the History of Medicine at the University College of London and the author of The Roots of Ayurveda, writes in his article ‘The Science of Medicine’, “Indian medicine, as a systematic and scholarly tradition, begins historically with the appearance of the great medical encyclopedias of Charaka, Sushruta and Bhela about two thousand years ago. Just as Panini’s famous linguistic study of Sanskrit leaps into the historical record fully formed, like the Buddha from Queen

Maya’s side, so the medical encyclopedias too emerge with a learned medical tradition in an almost fully articulated form.’ Obviously from this one can infer that medical science must have developed fully in ancient India before the emergence of the Sushruta Samhita and Charaka Samhita.

According to Ayurveda, the material bodies of human beings are composed of kala (protective layer), dhatu (component matter), mala (eliminations), three doshas (humours), agni (digestive fire) and kriya (movement or activity). Among these six the most important is the principle of three constitutional elements called humours in the human body, namely, vata (air), pitta (bile) and kapha (phlegm). Vata (air in body) includes all phenomena of motion and its essential components are ether and air. Kapha deals with cooling and preservation, and production of various secretions like mucus and cough. Its essential components are earth and ether. Pitta (bile) is made of fire and ether. It deals with metabolism, energy production, process of digestion, etc. A person may be constitutionally brisk (with vata dominating) or fiery (with pitta in dominance) or phlegmatic (with kapha being the prevalent element). But, according to Ayurveda, only when all three elements are in equilibrium in the human body a person is said to be healthy.

An ayurvedic doctor diagnoses a patient with reference to the relative levels of his or her vata, pitta and kapha. The ancient Indian rishis, Charaka and Sushruta, practised ayurveda and surgery respectively. Acharya Charaka (e.100 CE), who wrote the Char aka Sambita, is known as the ‘Father of Indian medicine’. Through his intuitive powers he had realized the medicinal qualities of 100,000 plants and herbs. Since the medications are herbal with least side-effects, they are becoming increasingly popular throughout the world. According to Charaka a long and healthy life is not possible if a person does not live morally. Morality gives rise to prajna or wisdom, which gives peace of mind and leads to longevity and happiness. When this prajna is abused, it causes all types of sickness. Acharya Sushruta (600 BCE) is popularly known as the ‘Father of Surgery in India’. In the Sushruta Samhita, a unique encyclopaedia of surgery, he details 300 types of operations he performed, along with 125 types of surgical instruments that he used. He is lauded as an early pioneer of plastic surgery and anaesthesia. Ayurvedic science is divided into eight major topics:

Ayurveda also deals with the treatment of plants and animals. Texts of Ayurveda prescribe a strict code of conduct for the physician.

According to tradition gandharvas are expert musicians of swarga (the abode of the devas). It is believed that there used to be a work called Gandharvaveda with 30,000 verses on music, which is not available now. Gandharvaveda dealt with the science of music and the sacred performing arts. It derived its origin in the Sarna Veda. It included vocal and instrumental music, dance and drama. There are seven svaras (notes) from which ragas are produced, corresponding to the appropriate time of day and season. The ragas create astonishingly powerful physical, psychological and spiritual effects. While Western music has only two modes – major and minor scales – Indian music uses dozens of different modes. Bhararamuni’s Ndtyasbastra, available today, is an extraordinary text on music, dance and drama.

Dhanurveda IS the science of archery, martial arts and weaponry. It is a military science, which is mentioned in the Rig Veda and Aitareya Brahmana. It is also known as shastravidya and it originates from the Yajur Veda. It deals with shastra and astra Shastra” means weapons which are used with one’s hands in war, such as swords and maces, and astra means weapons that are shot like arrows. Dhanurveda also deals with the manufacturing of and training with weapons. Although there is no ancient scientific work by the name of Dhanurveda, a text called Dhanurveda Sarnhira, belonging to a later period, is still extent.

This important science has its origin in the Yajur Veda, wherein the sacrificial altar or yajna vedi was constructed with utmost precision and care in different geometrical patterns. Similarly, Hindu mandirs were built in different styles like Nagata, Dravida and Vesara with painstaking perfection by the master builders-cum-architects. It is remarkable that thousands of mandirs of ancient India, in locations as varied as mountains, caves and seashores, still stand today as majestic reminders of this ancient science. The continuing discovery of various sites of the Indus Valley civilization in the 20th and 21st century conclusively proves that India of remote antiquity had great architects and town planners.

Some of the ancient books on architecture include Abbilesbitsrtbacbintsmani, Brihatsamhita, Manasara, Sama- ranganasutradhara, and Mayamatashilpashastra. The A rthashastra of Kaurilya and some Puranas, like the Agni Purana, Matsya Purana and Padma Purana, also contain much information about architecture.

In ancient India, Arthaveda meant the book contairung knowledge of material wealth and the means of acquiring it. The best available work of Arthaveda is the Arthashastra of Kautilya (c. 372 BCE). Kautilya was also known as Chanakya and Vishnugupta. He was the main adviser to King Chandragupta Maurya (340 BCE). Kautilya’s Arthashastra has its roots in the Atharva Veda. Shaunaka rishi, in his work Charanavyuha, lists Arthashastra as an Upaveda. This work has 6,000 shlokas that deal with 180 different topics like politics, law and economics. It is one of the most ancient and brilliant works in the world. In addition to economics it also covers such subjects as relations with enemy states, preparation of army for all types of combat, espionage system, and revenue collection, formation of the judiciary and discharging of justice.

The Surra literature is a part of ancient Sanskrit literature, having a unique style of expressing an idea, concept or view in brief through very short statements, formulas or aphorisms. They were introduced because memorizing the increasingly voluminous Smruti literature became impossible. The sutras were required in order to carryon the oral tradition, and there are thus a large number of different Sutra works on nearly every traditional subject. Much as a thread in a garland binds everything together, a sutra, which literally means ‘thread’, binds together all aspects of the topics in each work. The sutras succinctly deal with the essential ideas or concepts of subjects like religion, philosophy, grammar, and law. Nearly all systems of Indian philosophy and all subjects of traditional learning in ancient India have their own sutra works. In the realm of religion there are Kalpasutras (which has four sections) like the Bhaktisutras of Narada and Shandilya. In philosophy there are the Brahmasutras (also known as Vyasasutras or Vedanrasutras), Mimansasutras, Sankhyasutras, Yogasutras, Nyayasutras and Vaisheshikasutras. Panini wrote the Ashtadhayi, a work of Sanskrit grammar, in the sutra style.

Kalpasutras deal with social and religious ceremonies and rituals. The Kalpasutras belong to a period later than that of the major ancient thirteen Upanishads. They are divided into four sections:

2. The Ghruhyasutras give an exposmon of domestic ceremonies and rituals related to householders, such as the sixteen samskaras, duties of teachers, pupils, kings and others. They were also employed for home building, cattle breeding and other activities. The Gruhyasutras of Bodhayana and Apasramba are well known.

3. The Dharmasutras explain law, religion, customs, usage and duties of varna and ashram a in life. The well known Dharmasutras are of Sage Gautama and Bodhayana.

4. The Sulvasutras or Sulbasutras are concerned with rules for measuring and building fire altars for yajnas. They were concerned with a subject called lekha ganita – the mathematics of measurement. Their preoccupation with this subject yielded extensive knowledge of elementary geometry. Thus the origin of geometry is believed to be in the Sulvasutras.

The Brahmasutras by Badarayana or Veda Vyasa are also known as Vedantasutras or Vyasasutras. They are the sacred philosophical book of sutras or aphorisms that summarize the teachings of the Upanishads. The Brahmasurras have 550 sutras arranged in four parts, dealing with the Ultimate Reality or Brahman, atman, jagat, maya and mukti or moksha. The sutras are very short statements, sometimes consisting of only two or three words. They cannot be understood properly without a profound teacher of a living tradition or a commentary (bhashya) of the great, erudite acharya. The Brahmasutras are one of the three most important works of Indian philosophy, called the Prasthanatrayi. The Upanishads are called Shrutiprasthana, the Brahmasutras are Nyayaprasthana and the Bhagavad Gita is Smrutiprasthana, Prastbdna means a treatise. The Brahmasutras are a work of philosophy based on logic or Nyaya, whereas the other two are based on Shruti and Smruti traditions respectively. It seems that the Brahmasutras were a part of the ancient oral tradition of the Vedanta system. Their sutras were memorized by students and the meanings were explained by authorized teachers. The Brahmasutras begin with the sutra, “Athato Brahma jignasa”, which means, “Now then [let us have} an enquiry about Brahman,” and concludes with the sutra, Anavruttihi sabdat, Anavruttihi sabdat, which means, “Not returning back in sarnsara, in the mundane world – which means the attainment of mukti.”

In the first chapter (or pada) there is a discussion on Brahman as the sole and supreme cause of all things and rejection of other philosophical systems (i.e., Sankhya, etc.) that do not accept Brahman to be the Supreme Reality. In the second chapter, arguments for the rejection of Sankhya continue from the first chapter. The Bhagavara system is mentioned at the end. The third chapter deals with jivatma. There is also a discussion on the state of dreams, dreamless sleep, meditation and types of knowledge of Brahman. The fourth chapter continues discussing the topic of meditation and it ends with the description of conditions of a knower of Brahman after his death. The Brahmasutras say that Vedic authority is the highest in matters of moksha. The Brahmasutras became so popular that almost all the renowned acharyas wrote their commentaries on them. The first commentary available to us is that of Adi Shankaracharya who wrote the Shankarabhashya to establish his own school of Kevaladvaita Vedanta. Some of the acharyas who have written commentaries on the Brahmasutras are:

The above mentioned eight well-known schools of Vedanta are but a few of the many important ones. Each of the acharyas explained the most diverse philosophical and theological views in their interpretation of the very same aphorisms. They have the liberty to interpret, because the sutras are brief, containing mostly two, three or four Sanskrit words which have more than two or three meanings. Undoubtedly the Brahmasutras have influenced all important aspects of Hindu philosophy, religion and culture, including the modern Hindu movements.