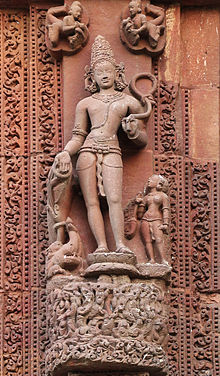 INTRODUCTION
Aryaman is a demi god mentioned in ancient Vedas. By worshipping him, he would come with us like our close friend, and helps us in discharging our duties in an easiest way, and protects us throughout our life. He is considered as one of the sons of Aditi, and he is the god of the mid-morning.
According to the Rigveda, Aryaman is described as the protector of animals, and acts as a friendly companion to the travellers who worships him, and arranges proper food and gives a suitable resting place for them through various ways. Aryaman discharges his duties along with Varuna, Bhaga and other Demi gods. He is considered as a powerful god similar to Indra, Vayu and Varuna, and contains great super natural powers. According to the Rig Veda, Indra is considered to be the best friend of Aryaman. Similar to the demi god Pushan, he also acts as a witness for the marriages, and helps the couples to maintain good relationships between them. In general, he has got the powers to do all sorts of goodness to us.
Let us worship the great demi god Sri Aryaman and be blessed.
“OM SRI ARYAMAN NAMAHA”
“OM SRI INDRAYA NAMAHA”
WRITTEN BY
R.HARISHANKAR