In: Gods, Rig Veda
With: 0 Comments 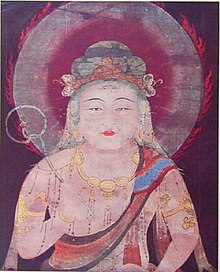 INTRODUCTION
Mitra is a chief deity who was mentioned in the Rigveda, and he is considered as the god of faithfulness, honesty, friendship, contracts and meetings. He is considered as one among the Adityas, and he is the son of Rishi Kashyapa and Aditi. He also gets his share of oblation from the fire sacrifices similar to other Adityas.
He acts as a witness during marriages, business contracts and confidential meetings. Those who try to cheat others would be severally punished by Lord Mitra, since he is present anywhere and everywhere. Those who start new business, those who do contract business, and those who are going to get married, can worship Lord Mitra, in order to get the desired results in their task.
He is controlled by Lord Indra, and properly discharges his duties. Generally, he punishes the people who make false promises, grabbing another person’s property by making false documents, cheating the girls by making false love promises etc.
People who go for an interview can worship Lord Mitra in order to get their desired job.
Let us worship the great demi god Sri Mitra Bhagawan and be blessed.
“OM SRI MITRAYA NAMAHA”
“OM SRI INDRAYA NAMAHA”
WRITTEN BY
R.HARISHANKAR