In: History
With: 0 Comments 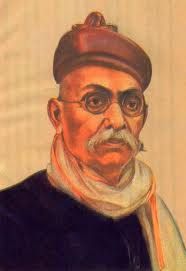 Annasaheb Dabholkar (1856-1929) was an ardent devotee of Shirdi Baba, and lived during his period and he was also known as Hemantpant. Annasaheb Dabholkar is the author of the Sri Sai Satcharitra, details containing the life history of Sai.

He was born and brought up in Mumbai and even though he was not a well-educated person, he contains good knowledge in spiritual matters through the grace of Sai Baba. He worked in the Central government department. He was a well-known poet and wrote lot of spiritual poems. He was a pious and a noble man, who contains courage, wisdom and braveness.

From his younger age itself, he was interested in spirituality, and used to go to the temples nearby his home, and worships the deities, and for a long time, sits in deep meditation. He also conducted pujas in the temples, and fed the poor. He was instructed by Baba to write about his details in order to spread his importance throughout the universe, so that people can get his grace and live peacefully and happily with all sorts of prosperity in their life.

Let us worship the great man and be blessed.