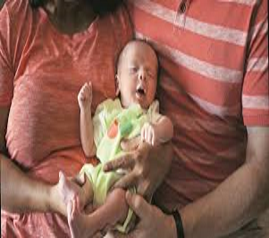 Childless couple can adopt a child from orphanages, since doing such an activity is considered as a noble task. Ancient Puranas and other religious texts also recommend to get adopt a child, since by doing such an activity, the couples are giving a new life to the lifeless children. While adopting a child, the couple should not see its caste, creed, religion and sex, and they should consider that the child which they adopt are the divine gift given by the almighty.

But before adopting a child, the interested couples have to fulfil certain rules and regulations, and they must give an undertaking to the orphanages or social welfare institutions, that they would take care of the child in a proper manner. Some childless couples, after adopting a child, may get delivered their own child, and at that time, they may try to avoid their adopted child, and show much attention on their own child. But doing such kind of thing is not good, since the adopted child is entirely depending on their foster parents, and it should not get disappointed with them. Foster parents must consider their adopted child as an avatar of Child Krishna or Child Jesus or Child Balatripura Sundari and must show their love and affection abundantly. The couple must think that they are being watched by the divine almighty from the heaven, and must discharge their parental duties efficiently and effectively.

The adopted child must be taken to entertainment and picnic spots, good cinemas, Zoos and to temples or churches and must be inculcated with full of spiritual energy from their young age itself. The foster parents can tell about the originality of the child at their teenage, and must consider him/her as their own child. The parents must strictly ask their adopted child to do regular prayers in the mornings and in the evenings, and must also cultivate them the habit of doing welfare services to the society. Throughout their life, they should act with their child in a friendly manner, and must brighten the life of their child.