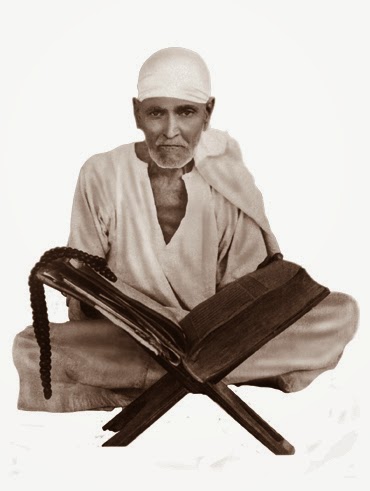 INTRODUCTION
Abdul baba served to Sai Baba for several years and came to Shirdi at his teenage. Due to poverty, his parents were sent him to serve a muslim saint. Due to the request of Shirdi Baba, the saint has sent him to Shirdi. As soon as Abdul entered the room of Baba, he cheerfully greeted him and said that his crow has arrived.
Abdul Baba was a sincere worker, and used to clean the mosque, and made the lamps to burn and washed Baba’s clothes and collected water. He would eat only a little food, and used to sleep only for a few hours in the night. He got married with a noble lady and had a son. And he and his family were sincere devotees of Sai Baba. He used to take alms for the food, and also provided food to baba. He was a very good and soft spoken person, and never hurts anybody through his words. He lived a pious life, as per the guidance of Sainath. As per Baba’s advice, he used to wake up early in the morning, and would start doing his daily activities. Baba has shown much attention on him, and praised him for his dedicated service. He used to read the Koran in the mosque and also would read it to Baba. Through the blessings of Baba, he used to give the sacred Udhi to the people, and made them to get relieved from their sins, problems and diseases. He used to write down the sayings of Saibaba in a Dairy, and used it for doing service to the public. Through that dairy, lot of information were gathered, and updated in the Sai life history book.
Even after the Mahasamadhi of Baba, he has done his duties in a proper manner. Abdul died in the year 1954 and from then onwards his descendants are serving at Shirdi. Let us worship the great man and be blessed.
“OM SRI ABDUL BABA NAMAHA”
“JAI SAIRAM”
WRITTEN BY
R.HARISHANKAR