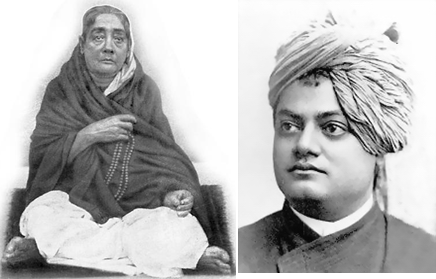 INTRODUCTION
Bhuvaneshwari Devi (19th century AD) was the mother of Swami Vivekananda and she lived a pious and a noble life, and contains very good qualities. At her younger age, she got married to a noble person Sri Vishwanath Datta, who was a barrister by profession. She gave birth to Swami Vivekananda in the year 1863 at Kolkata, and during that time, she got a dream that the powers of Lord Shiva was entering in her womb. After her husband’s death, she went to her mother’s house and lived along with Vivekananda, and at that time she was very poor. And in course of time, her daughter was also died and Swami Vivekananda has also become a saint.
Even then, Mata Bhuvaneshwari Devi remained calm, and maintained her strength, and concentrated her entire attention towards worshipping Shiva-Parvati. Swami Vivekananda was very affectionate with his mother, and visits his mother’s home, once in a month, and used to help her.
She spent most of her days by observing fasting and doing meditation, and gained more spiritual energy through that.  After leading a spiritual and a noble life for several years, she died, and attained SALVATION.
Let us worship the holy mother and be blessed.
“OM MATA BHUVANESWARI DEVIYE NAMAHA”
“OM SRI SWAMY VIVEKANANDARE NAMAHA”
“JAI SHIVA-SAKTHI”
WRITTEN BY
R.HARISHANKAR