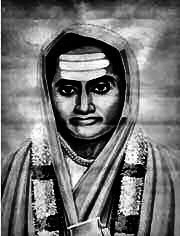 INTRODUCTION
Shivalingavva Akka (20th century)
was a great saint and a holy lady. Shivalingavva Akka was born and brought up in the Jat village, New Delhi. Due to her great thirst in spirituality, she has become a saint, and she was the disciple of Sri.Bhausaheb Maharaj.
Due to her good qualities, she was appreciated by her Guru and she was considered by him as a divine incarnation of Mata Parvati. She sincerely practised yoga and meditation, and attained spiritual enlightenment.
According to her, the purpose of taking the human life is to serve the god and his devotees. Throughout her life, she has rendered selfless service to the god and to the people. She can be considered equivalent to Muktabai and saint Mirabai with regard to her bhakti on the Lord.
She also removed the sufferings of the people through her divine touch on them, and showed motherly affection and removed their negative thoughts and showed them the correct path of life. Due to her good nature, she was patronized by the people, and she was considered as a divine lady.
Let us worship the holy mother and be blessed.
“OM MATA SHIVALINGAVVA AKKA NAMAHA”
“OM NAMAH SHIVAYA”
WRITTEN BY
R.HARISHANKAR