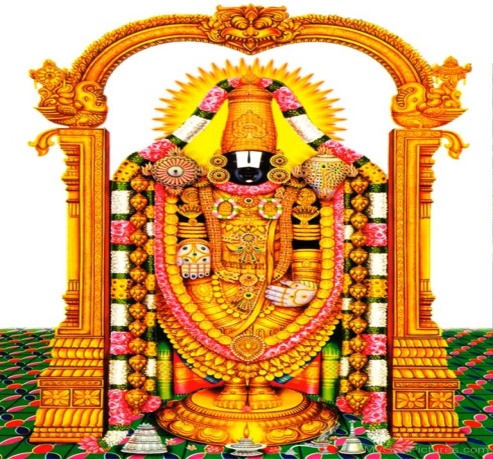 INTRODUCTION
Viswanathan (20th century) was born in a poor Brahmin family in Bangalore, Karnataka. By birth itself, he was not mentally stable, and used to depend on others for doing his regular activities. His father had worked as a priest in a nearby Hanuman temple, and got only meagre income. With the small earnings, he took care of his wife and his son Viswanathan. His father provided proper treatment to him by borrowing money from others, but nothing had made him to become perfect.
One day, a friend of Viswanathan’s father visited their house, and learned about his history, and asked them to go to Tirumala, in order to get the blessings of Lord Venkateswara. He also took his family along with him, by arranging a car at his own cost. After reaching the temple, they had a nice darshan. They stayed there for two days, and returned to Bangalore.
His father’s friend went to his home at Chennai. After the return, there was some slight change in the activity of Viswanathan. He began to slowly talk and walk, and was able to utter Father and Mother from his mouth. His parents were got delighted and made sincere worship to Lord Venkateswara. They also fed the Tirupati laddus to him, and chanted the mantra of Lord Venkateswara, “OM NAMO VENKATESAYA NAMAHA” continuously. To their surprise, within a few months, the child Viswanathan was completely relieved from his problem and become a normal child. Everyone was surprised on seeing the changes happened to the boy. His parents were very much happy and from then onwards, every year during the month of Purattasi, they would visit tirupati and put their offerings in the hundial to thank the great lord for giving a great change in their son’s life.
Let us worship the great Lord Sri Venkateswara and be blessed.
“OM NAMO VENKATESAYA NAMAHA”
“OM SRI ALAMELU THAYE NAMAHA”
WRITTEN BY
R.HARISHANKAR