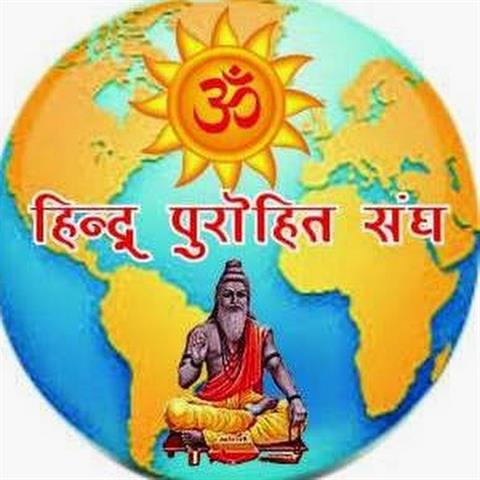 Hindu Purohit Sangh has been established with the aim of making the priestly profession reformed, egalitarian, inclusive and easily accessible. The people involved in this endeavour are deeply committed to Dharma and are selfless. The Sangh believes  that  the Purohits, Pandits and Pujaris form the backbone of Hindu Society and nervous system of the religion (https://www.facebook.com/hindu.purohitsangh/) .The aim is also to  make the profession economically viable so that it attracts talented devout Hindus. Teach them  the various languages with a global approach , make them advocates of the religion so that they are able to put forward the Hindu viewpoint in  inter -religious debates. Make them capable enough to teach children the basics of Hinduism. The aim is to :-

1 Establish chain of institutions for training of priests, raise their level of competence through crash courses.

2. Bring out a series of authentic books on Sanskar and Karmakand.

3. Establish a network among Priests, Temples, and Hindu community at large

4. Make the priestly occupation inclusive for all castes,

5. Train women in the Priestly profession.

In this regard we have established a base and are working for the development of a robust network. The most important work so far is the publication of a revised authentic version of Garud Puran. This is based on deep research. It is more contemporary. A number of Slokas entered into the scripture due to oral tradition some of which purely pertain to local traditions and the same have been replaced by more relevant and philosophical, original Slokas from the main  scriptures. The Introduction of the book is timely and it covers various concepts and also the vast philosophy of Hinduism.

This book has been written by Shri Hira Ballabh Joshi, who is a Senior level Civil Servant in India hailing from a priestly family. The Hindi version of the the book can be purchased from

Hindu Purohit Sangh requests dharmik Hindus to associate with us. Contribute in whatever way you can for achieving our aim. The next book which will soon be available is Satyanarayan Katha. All books are also getting translated into English and various other languages. This involves a lot of expenditure. Efforts have also been made to distribute copies among Priests and temples free of cost. The dream of establishing an institution on Purohiti is yet to be realised. All are welcome to participate in the noble cause.