In: Festivals Of The Month, General Information, Modern India
With: 0 Comments

India’s persistent struggle for independence, from the grasp of British reign is epitomized in the Indian Flag. It essentially reflects the fortitude and courage of India as a nation. Designed by Pingali Venkayya, the Indian National Flag as it is today was adopted by the Constituent Assembly on 22nd July 1947 and since then it has served as the Flag of India.

The Indian National Flag is constituted by three colors namely strips of Saffron, White and Green. The aspect ratio of the Flag is 2:3. In the middle of the Flag is located the Chakra also referred to as Ashoka Chakra. The Chakra consists of 24 spokes and as per ISI standards the Chakra should occupy 75 percent of the white strip.

History of the Tricolor

1904: The saffron color originated from the mixture of red and yellow color in which red signified freedom struggle and yellow signified victory. It was on 1904 that the first Indian Flag came into existence, designed by Sister Nivedita.

1906: After 1904 another Flag was designed in 1906 with three equal strips of blue, yellow and red. Each strip had distinct symbols in it to signify the diverse variations in the Indian culture.

In 1906: In 1906 another Flag was also developed with orange, yellow and green colors. It was also known as Calcutta Flag or Lotus Flag. It was designed by Sachindra Prasad Bose and Sukumar Mitra.

1907: In 1907 a Flag with blue, yellow and red colored was designed by Madam Bhikaji Cama, Veer Savarkar and Shyamji Krishna Varma. It was also known as ‘Berlin Committee Flag’.

1916: In 1916 Pingali Venkayya designed a Flag with red and green colored strips with a Charkha in between. The Flag was designed to encompass all the major communities of India.

1917: In 1917 Bal Ganga Dhar Tilak adopted a new flag with 5 red and 4 blue strips interspersed with constellation of stars.

1921: In 1921 Mahatma Gandhi adopted a new Flag with white on top, green in the middle and red at bottom. A Charkha was drawn across all the strips symbolizing all the communities.

1931: In 1931 Pingali Venkayya designed another Flag with saffron at the top, white in the middle and green at the bottom, with the Charkha being at the centre of the white color.

1947: In 1947, the Flag designed by Pingali Venkayya in 1931 was principally adopted except for the Charkha being replaced by the Ashoka’s Chakra or Wheel.

British India Flag 1858-1947: In 1858, flag of British India was adopted based upon western heraldic standards similar to Flags of other British colonies.

Tiranga – A symbol of National Pride

“A flag of freedom not for ourselves, but a symbol of freedom to all people who may seek it”  – Pandit Jawahar Lal Nehru

“It will be necessary for us Indians, Hindus, Muslims, Christians, Jews, Parsis and all others to whom India is their home, to recognize a common flag to live and die for.” – Mahatma Gandhi

“Under this flag, there is no prince and there is no peasant, no rich and no poor. There is only duty, responsibility and sacrifice.” – Sarojini Naidu

“Our flag contains the blessings of all those great souls who brought us to freedom. It beckons us to fulfill their vision of a just and united India. As we confront crucial challenges to our security, our unity and integrity, we cannot but heed the call of this flag to rededicate ourselves to the establishment of that peaceful and just order wherein all Indians irrespective of creed, caste or sex will fulfill themselves.” – Former President R Venkataraman

Color denominations and meaning of Tiranga

The Indian Flag consists of three basic colors i.e. saffron, white and green. The significance of the three colors is as follows –

White Color – The white color reflects the light of truth.

Chakra – The Chakra with 24 spokes is directly inspired from Ashoka’s Chakra or Wheel and it signifies unlimited motion of the nation as whole.

Dr. S. Radhakrishnan’s magical words about the Flag Code of India are as follows –

“Bhagwa or the saffron colour denotes renunciation of disinterestedness. Our leaders must be indifferent to material gains and dedicate themselves to their work. The white in the centre is light, the path of truth to guide our conduct. The green shows our relation to soil, our relation to the plant life here on which all other life depends. The Ashoka Wheel in the center of the white is the wheel of the law of dharma. Truth or satya, dharma or virtue ought to be the controlling principles of those who work under this flag. Again, the wheel denotes motion. There is death in stagnation. There is life in movement. India should no more resist change, it must move and go forward. The wheel represents the dynamism of a peaceful change.”

On 26th January 2002, the Flag Code of the nation was modified to allow Indians to display the national flag anywhere in a dignified manner. The Flag Code of India is described as follows –

Allowed in Flag Code of India

Not Allowed in Flag Code of India

The manufacture of Indian Flag is directly monitored and controlled by the Bureau of Indian Standards. It is basically made from Khadi. 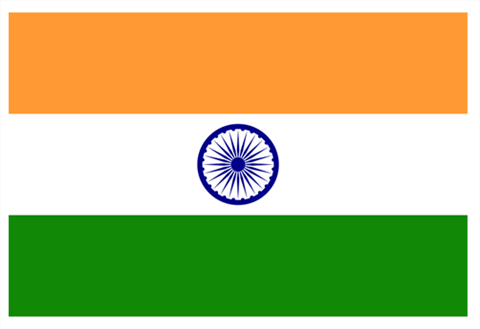 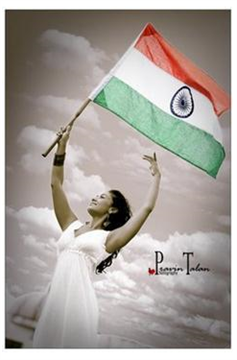 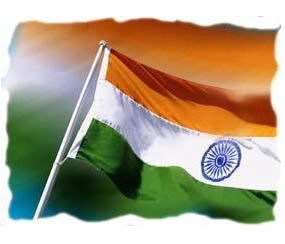