Scientifically known as Nelumbo Nucifera, the Lotus is often regarded as a symbol of clarity of the human heart and mind. Some references even state the Lotus to be a universal representation of spirituality. Incidentally, it is also the National Flower of India.

Lotus is a brightly colored aquatic flower with wide floating leaves and aromatic essence. It is an aquatic plant of Nymphaea species. It is only found in shallow waters and has a long aerated stem. In India, the Lotus is also considered as a sacred flower and its auspiciousness has been recorded since time immemorial.

Choice of Lotus As National Flower

Fertility, divinity, knowledge, wealth and enlightenment are some of the basic attributes of the Lotus flower. Its ability to survive through regermination has made it a symbol of triumph. Its symbolic significance is also evident from its emblematic usage while referring to gods and goddesses. It is owing to these noble references and cultural significance that the Lotus is enshrined as the National Flower in the Constitution of India.

Uses of Lotus in Hindu Kitchen

The seeds, leaves and leaf stalk of Lotus are edible and are often consumed as vegetable in the India. The petals of Lotus flower are used for garnishing and wrapping of food substances. In Indian cooking, especially, Phool Mukhana (seeds of Lotus plant) is widely used.

Lotus flower is considered to be of rich symbolic value in ancient traditions, as it mirrors sexual purity and heavenly divinity. In Hinduism, Vishnu, Brahma, Lakshmi and Saraswati are depicted as sitting upon Lotus pedestal. The beauty and serenity of Lord Vishnu is often described in reference to the Lotus flower, since he is called as the ‘Lotus–Eyed One’. The blooming of the Lotus flower and the consequent unfolding of its beauty to the world in the mud is often compared as spirituality in the hostile world. The sacred feet of Lord Vishnu is often referred to as ‘Charan Kamal’ or the ‘Lotus Feet’. Its sacred quality is mentioned in many Puranic and Vedic literature.

Lotus and Hinduism are interspersed with each other in an inseparable manner. The divinity and sacredness of a Lotus flower is of utmost significance to all the ardent followers of Hinduism. Lord Brahma, Lord Vishnu, goddess Lakshmi and goddess Saraswati’s genesis have been directly correlated to Lotus.

Lotus as a flower represents the conceptual realm of the primordial birth of creation from the cosmic waters. Lotus is also often considered to be untouched by Karmic reactions owing to its lucid spiritual content.

Lotus flower depiction in other histories

The significance of the Lotus flower is widespread and evident throughout the world. Following are some of the references –

Egyptian Depiction of Lotus Flower  – Blue Lotus flower is considered to be of immense religious and spiritual importance.

The Buddhist Depiction of Lotus Flower – Buddhism refers to Lotus flower as a symbol of fortune, purification of the spirit, wisdom, faithfulness, enlightenment, compassion and love.

Thailand and Lotus Flower – Thai culture refers to the Lotus flower as being directly associated with the heavenly beings. 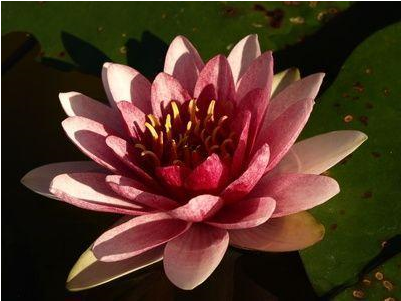 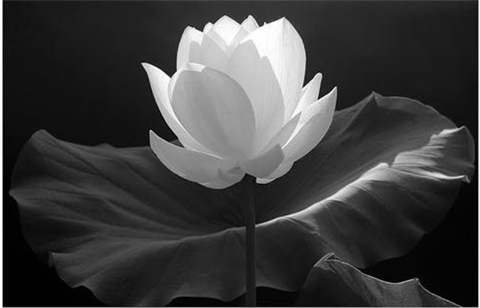